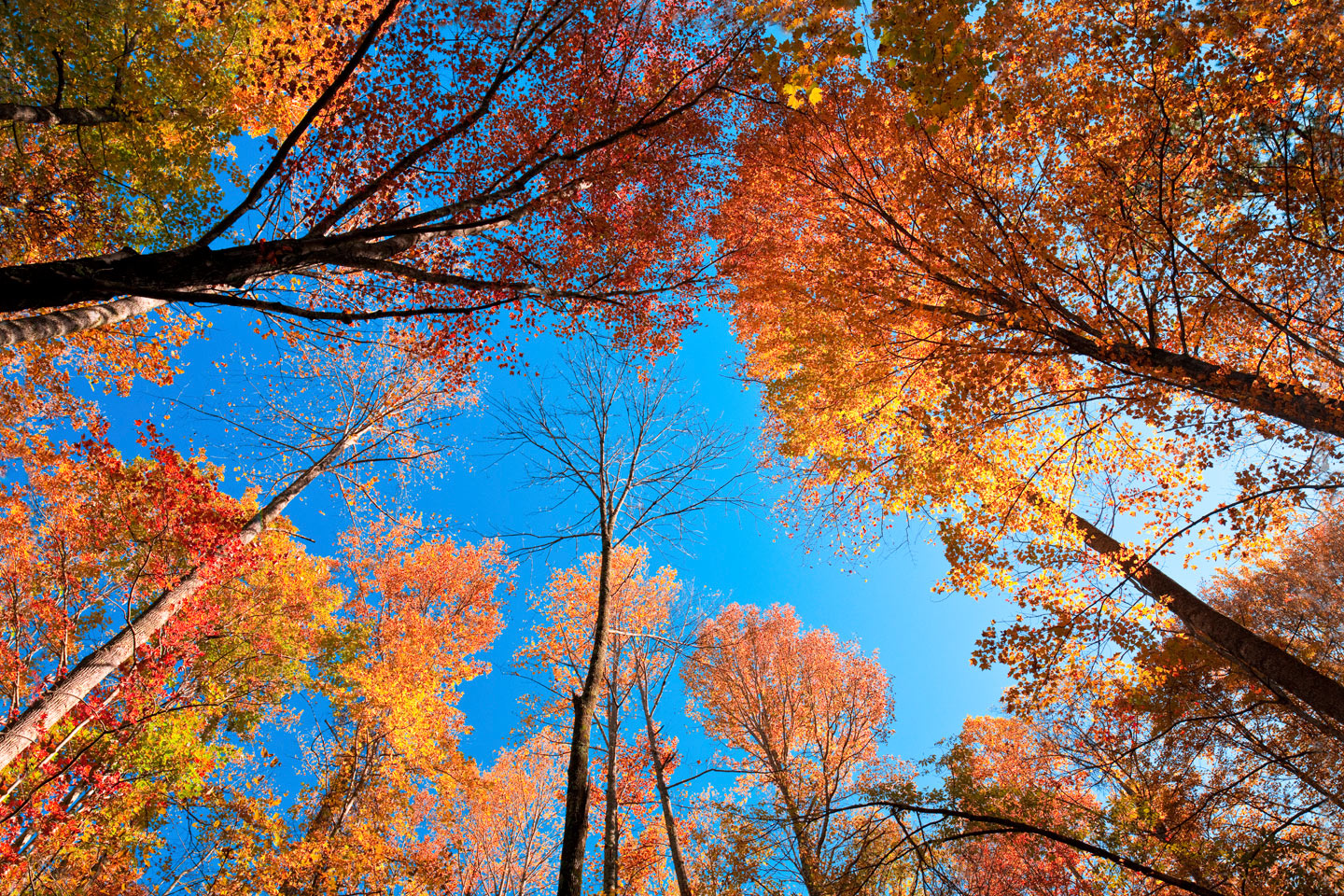 The sooner we confront hatred in our heart, the brighter our witness will shine.

One of the most destructive attitudes a believer can display is hate. Think about it: How well can the light of Christ shine through a life that’s shrouded in anger, bitterness, and malice? Such a demeanor doesn’t reflect a positive image of Jesus to non-Christians. But the problem affects more than our witness to the unbelieving world. Even in churches, it’s not difficult to find individuals brimming over with hostility. Where does this attitude come from?

One reason some believers struggle with hatred is an inability to forgive a hurt. Is that you?

Think about someone who wronged you in the past, and ask yourself three questions:

1. If you hate someone, you cannot shake the memory. Does the scene play out in your mind over and over?

2. If you hate someone, you cannot wish him or her well. Do you want the best for a person who has hurt you?

3. If you hate someone, you want that person to hurt, too. Do you secretly desire for this individual to experience the pain that you suffered?

Have these questions revealed any hidden animosity in your heart? If so, don’t leave this page without prayerfully meditating on Ephesians 4:31-32. Read the passage aloud. Then personalize it into a prayer, and let the Holy Spirit move you to forgive an old hurt.

Let all bitterness and wrath and anger and clamor and slander be put away from you, along with all malice.

Be kind to one another, tender-hearted, forgiving each other, just as God in Christ also has forgiven you.

``Thus says Cyrus king of Persia, `The LORD, the God of heaven, has given me all the kingdoms of the earth and He has appointed me to build Him a house in Jerusalem, which is in Judah.

`Whoever there is among you of all His people, may his God be with him! Let him go up to Jerusalem which is in Judah and rebuild the house of the LORD, the God of Israel; He is the God who is in Jerusalem.

`Every survivor, at whatever place he may live, let the men of that place support him with silver and gold, with goods and cattle, together with a freewill offering for the house of God which is in Jerusalem.'"

Then the heads of fathers' households of Judah and Benjamin and the priests and the Levites arose, even everyone whose spirit God had stirred to go up and rebuild the house of the LORD which is in Jerusalem.

All those about them encouraged them with articles of silver, with gold, with goods, with cattle and with valuables, aside from all that was given as a freewill offering.

Also King Cyrus brought out the articles of the house of the LORD, which Nebuchadnezzar had carried away from Jerusalem and put in the house of his gods;

and Cyrus, king of Persia, had them brought out by the hand of Mithredath the treasurer, and he counted them out to Sheshbazzar, the prince of Judah.

All the articles of gold and silver numbered 5,400. Sheshbazzar brought them all up with the exiles who went up from Babylon to Jerusalem.

Now these are the people of the province who came up out of the captivity of the exiles whom Nebuchadnezzar the king of Babylon had carried away to Babylon, and returned to Jerusalem and Judah, each to his city.

These came with Zerubbabel, Jeshua, Nehemiah, Seraiah, Reelaiah, Mordecai, Bilshan, Mispar, Bigvai, Rehum and Baanah. The number of the men of the people of Israel:

the sons of Kiriath-arim, Chephirah and Beeroth, 743;

The priests: the sons of Jedaiah of the house of Jeshua, 973;

All the temple servants and the sons of Solomon's servants were 392.

Now these are those who came up from Tel-melah, Tel-harsha, Cherub, Addan and Immer, but they were not able to give evidence of their fathers' households and their descendants, whether they were of Israel:

These searched among their ancestral registration, but they could not be located; therefore they were considered unclean and excluded from the priesthood.

The governor said to them that they should not eat from the most holy things until a priest stood up with Urim and Thummim.

besides their male and female servants who numbered 7,337; and they had 200 singing men and women.

Some of the heads of fathers' households, when they arrived at the house of the LORD which is in Jerusalem, offered willingly for the house of God to restore it on its foundation.

According to their ability they gave to the treasury for the work 61,000 gold drachmas and 5,000 silver minas and 100 priestly garments.

Now when the seventh month came, and the sons of Israel were in the cities, the people gathered together as one man to Jerusalem.

So they set up the altar on its foundation, for they were terrified because of the peoples of the lands; and they offered burnt offerings on it to the LORD, burnt offerings morning and evening.

They celebrated the Feast of Booths, as it is written, and offered the fixed number of burnt offerings daily, according to the ordinance, as each day required;

and afterward there was a continual burnt offering, also for the new moons and for all the fixed festivals of the LORD that were consecrated, and from everyone who offered a freewill offering to the LORD.

From the first day of the seventh month they began to offer burnt offerings to the LORD, but the foundation of the temple of the LORD had not been laid.

Then they gave money to the masons and carpenters, and food, drink and oil to the Sidonians and to the Tyrians, to bring cedar wood from Lebanon to the sea at Joppa, according to the permission they had from Cyrus king of Persia.

Now in the second year of their coming to the house of God at Jerusalem in the second month, Zerubbabel the son of Shealtiel and Jeshua the son of Jozadak and the rest of their brothers the priests and the Levites, and all who came from the captivity to Jerusalem, began the work and appointed the Levites from twenty years and older to oversee the work of the house of the LORD.

Now when the builders had laid the foundation of the temple of the LORD, the priests stood in their apparel with trumpets, and the Levites, the sons of Asaph, with cymbals, to praise the LORD according to the directions of King David of Israel.

They sang, praising and giving thanks to the LORD, saying, ``For He is good, for His lovingkindness is upon Israel forever." And all the people shouted with a great shout when they praised the LORD because the foundation of the house of the LORD was laid.

Yet many of the priests and Levites and heads of fathers' households, the old men who had seen the first temple, wept with a loud voice when the foundation of this house was laid before their eyes, while many shouted aloud for joy,

Now when the enemies of Judah and Benjamin heard that the people of the exile were building a temple to the LORD God of Israel,

they approached Zerubbabel and the heads of fathers' households, and said to them, ``Let us build with you, for we, like you, seek your God; and we have been sacrificing to Him since the days of Esarhaddon king of Assyria, who brought us up here."

But Zerubbabel and Jeshua and the rest of the heads of fathers' households of Israel said to them, ``You have nothing in common with us in building a house to our God; but we ourselves will together build to the LORD God of Israel, as King Cyrus, the king of Persia has commanded us."

Now in the reign of Ahasuerus, in the beginning of his reign, they wrote an accusation against the inhabitants of Judah and Jerusalem.

And in the days of Artaxerxes, Bishlam, Mithredath, Tabeel and the rest of his colleagues wrote to Artaxerxes king of Persia; and the text of the letter was written in Aramaic and translated from Aramaic.

Rehum the commander and Shimshai the scribe wrote a letter against Jerusalem to King Artaxerxes, as follows--

then wrote Rehum the commander and Shimshai the scribe and the rest of their colleagues, the judges and the lesser governors, the officials, the secretaries, the men of Erech, the Babylonians, the men of Susa, that is, the Elamites,

this is the copy of the letter which they sent to him: ``To King Artaxerxes: Your servants, the men in the region beyond the River, and now

let it be known to the king that the Jews who came up from you have come to us at Jerusalem; they are rebuilding the rebellious and evil city and are finishing the walls and repairing the foundations.

``Now let it be known to the king, that if that city is rebuilt and the walls are finished, they will not pay tribute, custom or toll, and it will damage the revenue of the kings.

``Now because we are in the service of the palace, and it is not fitting for us to see the king's dishonor, therefore we have sent and informed the king,

``We inform the king that if that city is rebuilt and the walls finished, as a result you will have no possession in the province beyond the River."

Then the king sent an answer to Rehum the commander, to Shimshai the scribe, and to the rest of their colleagues who live in Samaria and in the rest of the provinces beyond the River: ``Peace. And now

the document which you sent to us has been translated and read before me.

``A decree has been issued by me, and a search has been made and it has been discovered that that city has risen up against the kings in past days, that rebellion and revolt have been perpetrated in it,

that mighty kings have ruled over Jerusalem, governing all the provinces beyond the River, and that tribute, custom and toll were paid to them.

``So, now issue a decree to make these men stop work, that this city may not be rebuilt until a decree is issued by me.

``Beware of being negligent in carrying out this matter; why should damage increase to the detriment of the kings?"

Then as soon as the copy of King Artaxerxes' document was read before Rehum and Shimshai the scribe and their colleagues, they went in haste to Jerusalem to the Jews and stopped them by force of arms.

Then work on the house of God in Jerusalem ceased, and it was stopped until the second year of the reign of Darius king of Persia. 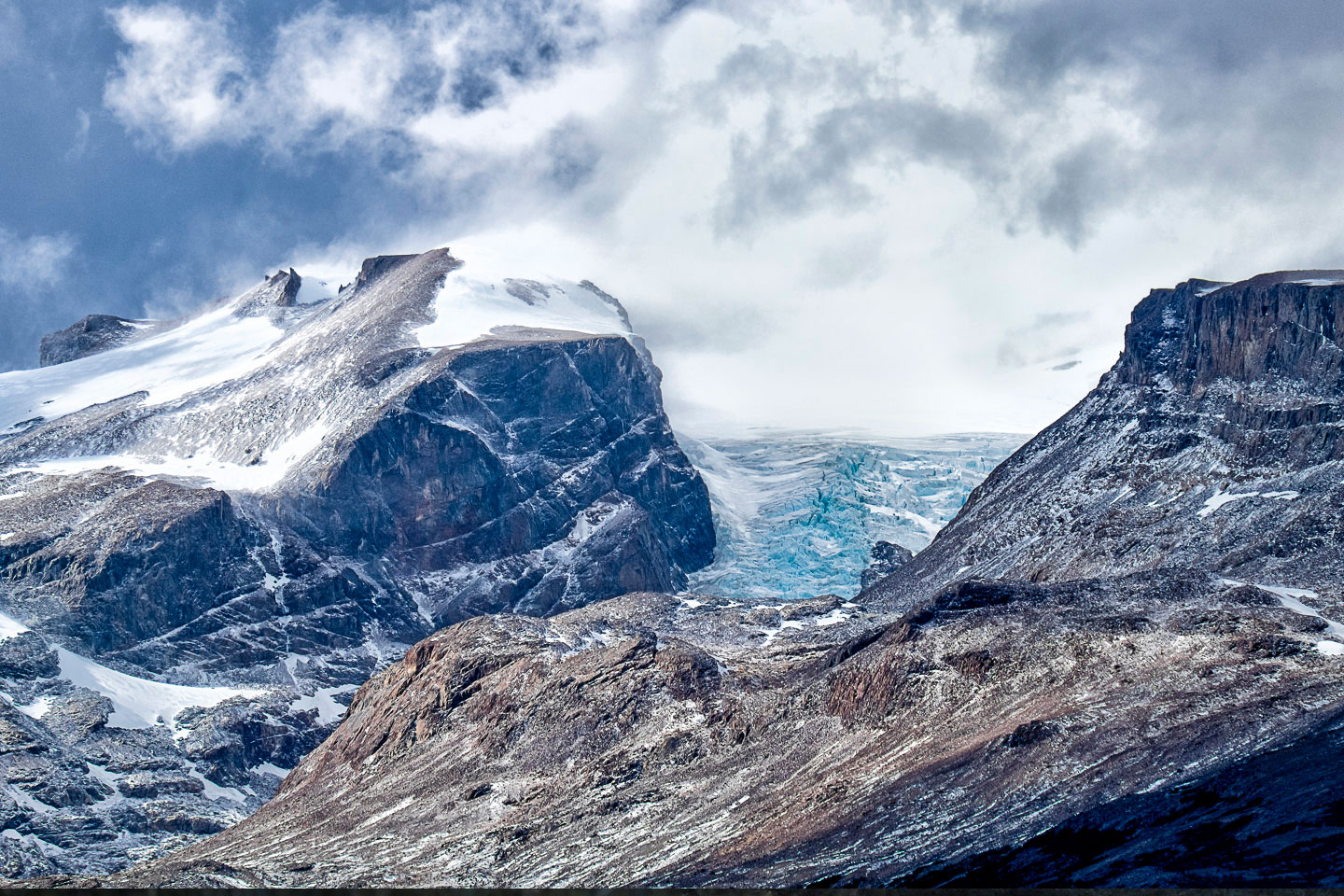 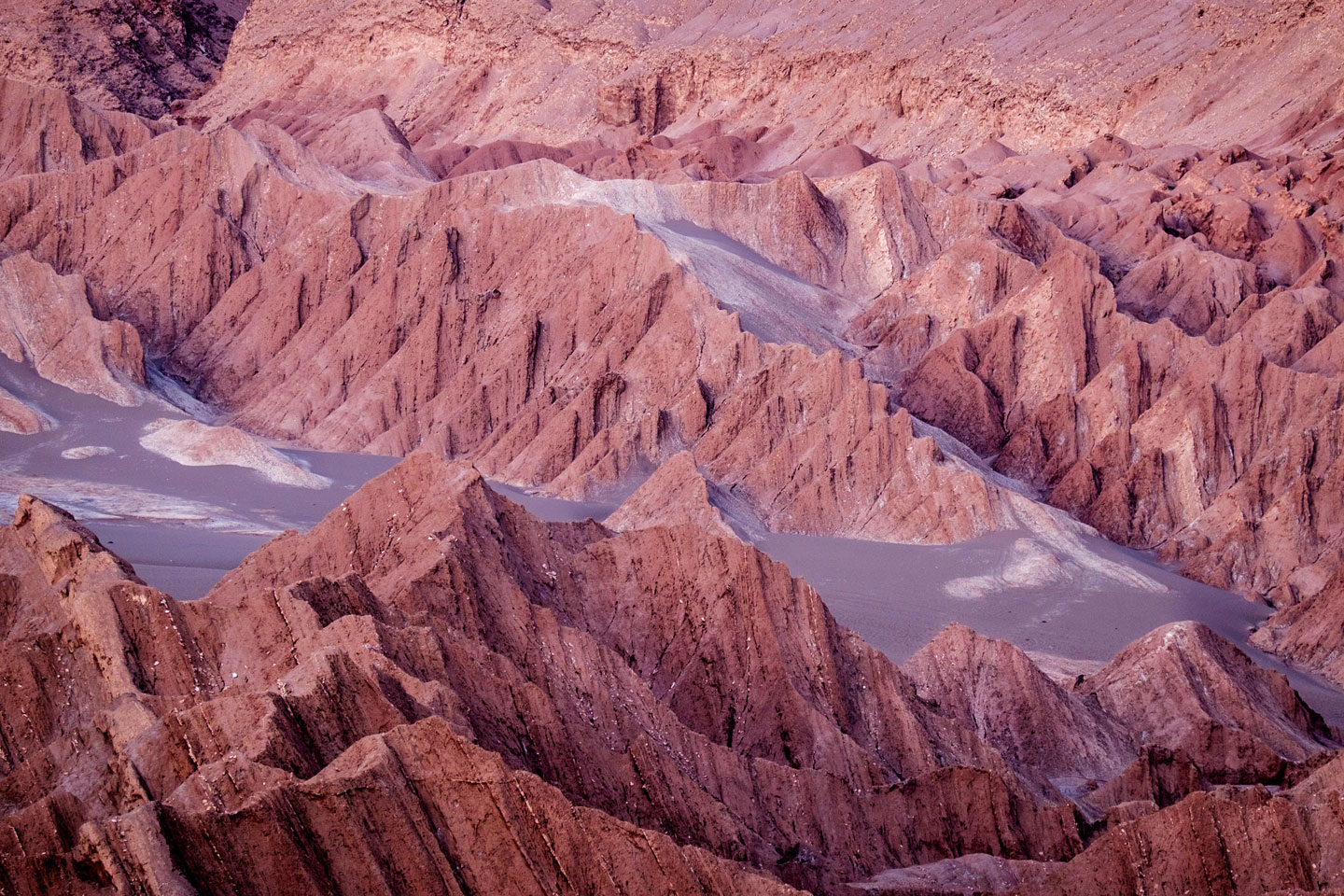 Daily Devotion
Live Intentionally
When we align our goals with God's, we'll always end up on the right path.
June 30, 2022 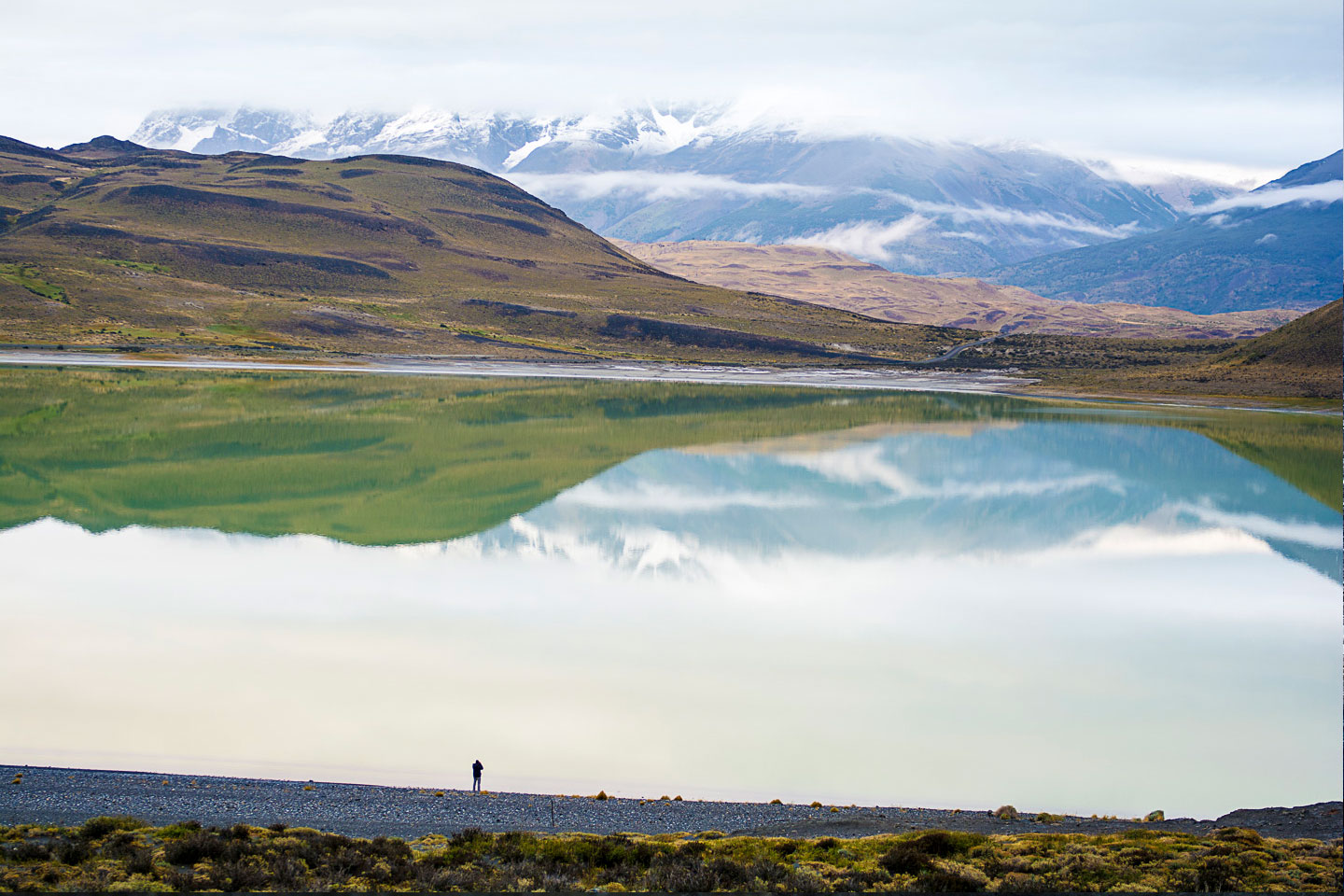