They say you can’t judge a book by its cover, but the cover is what convinced me I had to read A Grief Observed. Its design was simply the book’s first paragraph:

“No one ever told me that grief felt so like fear. I am not afraid, but the sensation is like being afraid. The same fluttering in the stomach, the same restlessness, the yawning. I keep on swallowing.”

Even before opening to the first page, I knew C. S. Lewis’s story was also mine. With differences, of course. After the death of my husband Elliot, I found myself not swallowing but sighing—taking deep breaths followed by audible exhales—a subconscious attempt, I later realized, to dislodge what felt like cinder blocks on my chest.

No one ever told me that grief felt so like fear.

Reading brought the comfort of commiseration: the realization that loss—this apocalyptic, redefining human experience—affects everyone. Not just the poor souls on the prayer list, but the cashier at Kroger, George W. Bush, and (frightening thought) the driver passing me on I-285. Yet despite bereavement’s commonness, to experience something so epic without reference points or clues about what’s happening is disorienting—like bobbing on the water blindfolded, never knowing if you’ll be hurled by a whitecap, sucked down by the undertow, or tossed against a wayward surfboard. Seeing how a great mind expressed the inexpressibles helped me come to terms with my own grief, a process that took the form of imagined responses to Lewis’s musings about his wife Joy. I invite you to eavesdrop on a sampling of our “conversation.” 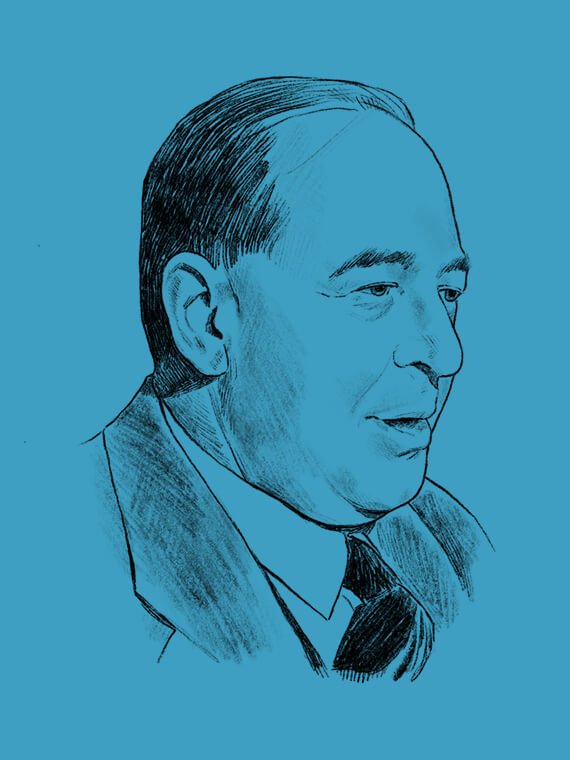 An odd by-product of my loss is that I’m aware of being an embarrassment to everyone I meet … I see people, as they approach me, trying to make up their minds whether they’ll ‘say something about it’ or not. I hate it if they do, and if they don’t … R. has been avoiding me for a week. I like best the well brought-up young men, almost boys, who walk up to me as if I were a dentist, turn very red, get it over, and then edge away … as quickly as they decently can. Perhaps the bereaved ought to be isolated in special settlements like lepers.

You aptly describe people’s awkwardness around the bereaved. I’m disappointed so few mention Elliot, my favorite topic. Our shared history extends back to middle school, so their avoiding conversation about him inadvertently designates the better part of me “off limits” as well. It seems unfair (perhaps unfortunate is a kinder word) that to converse about the deceased, the widow must broach the subject—and when she does, the climate’s likely to change.

I’m convinced, however, the motive’s good: People who care about me are probably terrified they’ll “make me sad.” They’re unaware that regardless of what shows on my face—joy, shock, fear, amusement—sadness always lingers just beneath the surface. And though the tear reservoir seldom overflows, it’s ever on the brink. (Last week the “valve” inexplicably opened while my contractor explained thermostats!)

I wish people realized that easing pent-up “water pressure” can be beneficial—and for the bereft, emotions aren’t an either/or proposition: I can sob while laughing over a fond remembrance (though I understand why others find this awkward). Perhaps you’re right about isolating us in leper-like colonies—but for our sake, not theirs! Then we’d be surrounded by people eager to talk about their loves and ours, and the crushing losses that drive us to the true Source of comfort. In fact, I would love for us to share stories and photos of Elliot and Joy.

I have no photograph of her that’s any good. I cannot even see her face distinctly in my imagination. Yet the odd face of some stranger seen in a crowd this morning may come before me in vivid perfection the moment I close my eyes tonight. No doubt, the explanation is simple enough. We have seen the faces of those we know best so variously … —waking, sleeping, laughing, crying, eating, talking, thinking—that all the impressions crowd into our memory together and cancel out into a mere blur. But her voice is still vivid. The remembered voice—that can turn me at any moment to a whimpering child. 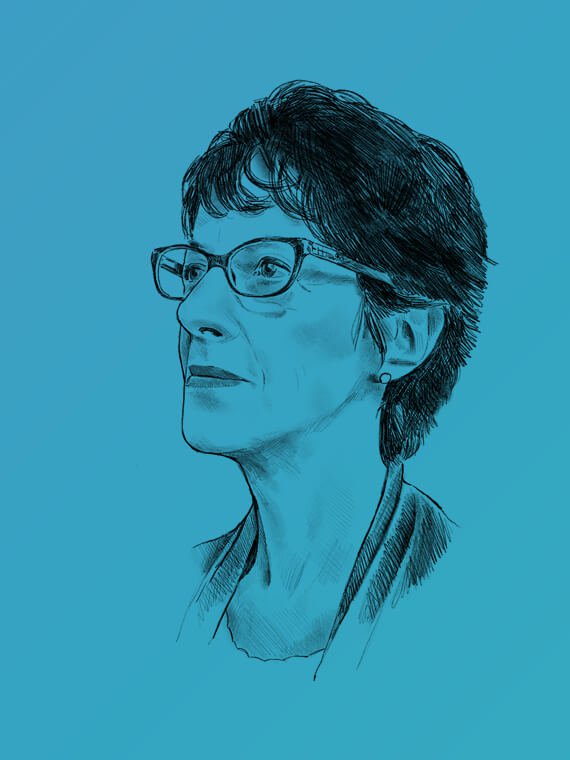 Pictures are unreliable for me, too. The photos we deem best are often the ones we look at most, until we no longer really see them—like a word repeated until its syllables become nonsense. A picture can take on a reality all its own, as if we memorized the image itself instead of recalling the actual event or person depicted. Now, when I see a snapshot of Elliot, I try to remember or reconstruct the moment preceding or following the one shown, as a way of recapturing his real essence. However, I’m seldom successful.

I must say, though, I’m envious that Joy’s voice remains for you intact. Almost immediately, Elliot’s blew away, the sound vanishing as if a mist. I’ve tried to recall it, imagine it, conjure it up, but the sound distorts and eludes. It’s distressing—the voice I knew better than any, gone! This one detail of loss seems nearly the cruelest.

But there are things I’m thankful for: Despite the awkwardness we’ve mentioned, people do try to show kindness. And yet the bereaved are so bruised that even good intentions can hit a sensitivity. For instance, how could anyone anticipate it would be less than comforting to be told, “Elliot is kept alive in your memories of him”?

What pitiable cant to say “She will live forever in my memory!” Live? That is exactly what she won’t do. You might as well think like the old Egyptians that you can keep the dead by embalming them … As if I wanted to fall in love with my memory of her, an image in my own mind! It would be a sort of incest … But there are other difficulties. “Where is she now?” That is, in what place is she at the present time. But if [Joy] is not a body—and the body I loved is certainly no longer she—she is in no place at all … Kind people have said to me, “She is with God.” In one sense that is most certain. She is, like God, incomprehensible and unimaginable.

You’ve hit on something I haven’t heard anyone else describe—a confusion I deal with in a constant but ever-changing way: how to relate to Elliot now. Marriage made the two of us one flesh—gradually by process more than instantly by pronouncement—and we often talked about the many ways that was true. We had complementary strengths, abilities, and personalities and together could handle a wide range of tasks and social situations. (And as we lost some sharpness of memory, we’d joke that together we had one brain … almost.)

I’ve become certain aspects of him—craving his favorite ice cream, for example, despite a strong prior distaste for mint.

But what about now? With half of “one flesh” missing, amputation’s a fitting analogy, considering the ongoing pain and inconvenience. Yet here’s what I find interesting: The one-flesh reality didn’t die when Elliot did. Relating continues, but in morphing ways that are sometimes weird, sometimes wonderful. I think to him constantly; I’ve become certain aspects of him—craving his favorite ice cream, for example, despite a strong prior distaste for mint. I even occasionally wear orange.

I merge with Elliot in other ways, too. Whenever I face a situation that would have landed on his to-do list, I’m mindful of wondering, How would he handle this? and then do my utmost to imitate. This is true even for tasks I once wished Elliot would approach with far more efficiency! Not only that, but I’ve noticed myself, like him, repeating questions until I’m certain I understand—and no longer concern myself with whether that annoys the accountant or technician. Surprisingly, it rarely does. Perhaps that’s because I also hear myself communicating more with Elliot’s kindness, humor, and patience instead of my innate to-the-point let’s-cross-it-off-the-list bluntness. Always a “people person,” Elliot was strongly motivated to connect with the humans under those professional masks. (Would you believe he once led a telemarketer to Christ?) And the more I follow his example, the more I find myself caring about the person at the other end of the line. Still, it’s mystifying for me to now be the embodiment, all by myself, of two-become-one-flesh. But how gratifying when one of the children comments, “You answered exactly the way Dad would have.”

In fact, something you said, about how Joy and God blend in your thoughts (as do Elliot and God in mine), has just now given me a startling encouragement: Might that hint at a greater culmination of the marital “one flesh”—that of Christ and His bride?