Maturity in Christ is found in laying down your life, not fighting other people.

It was a world within a world, the neighborhood streets we boys inhabited. There were seven of us total, and the group had the curious habit of turning on a single member—a temporary but pointless scapegoating, instigated usually by one kid in particular. I once bore the brunt of their withholding, but Adam was on the receiving end more frequently.

He was a year older than me—taller, stronger, more grown-up than he ought to have been. He lived with his father, a gruff man who worked with his hands. Sometimes we got the impression he worked them against his son’s body, but no one knew for sure. Adam lived with a kind of teeming anger—a rage barely contained beneath the outer forms of acceptable suburban composure. We saw it break through in fits, sometimes after provocation and sometimes not.

I still remember the day he confronted me. A group of us were sitting in the lunchroom when he walked in. He stopped just past the cashier with a tray full of food and stretched his neck to scan the scene. He spotted us and walked over to our already full table.

“Are you done?” he said to me. I had been lingering over an empty plate, enjoying the company.

“Not really.” I hadn’t meant to be funny, but a couple of people sitting there chuckled.

“Get up.” His lips were a taut oval, his jaw pushing teeth against teeth.

I didn’t like being told what to do. My response was a firm, unapologetic “no.”

When I declined once more, he muttered something and huffed to another table. His plastic tray clapped hard against the wood surface, and he sat there not taking a bite.

I still remember the day he confronted me.

By the time we were outside, I had forgotten about the exchange, but he hadn’t. Adam came out the double doors and, catching me off guard, pushed both his hands into my chest. I reeled backward and landed on the pavement.

Thinking back to that moment, to that time of life, I recall an assumed violence in our childish view of the world—a fighting culture that was essential, unavoidable. I stood up and faced Adam. His face and neck were red.

“No,” I said, and with that walked away. Like most boys, I admired the skill of a strong and trained fighter. I admired the discipline, precision, and fluidity of movement. But fighting someone? That’s not who I was. And despite his temper, I considered Adam a friend.

In hindsight, I should have been willing to give up my seat. I look back into that moment and see a lonely eighth-grade boy standing in front of me—his mother absent, his father barely there and often drinking when he was. It didn’t register then, but it does now: My unwillingness to make room affirmed something he had long felt—that he wasn’t wanted.

As adults, we like to think we’re past the self-absorption of adolescence—that maybe we’ve learned enough, have been knocked down enough by life, to find ourselves capable of deeper empathy. And yet my own life suggests this often isn’t the case. The words and actions of men and women I know indicate they, too, are still in need of healing.

Fighting someone? That’s not who I was. And despite his temper, I considered Adam a friend.

Adam’s anxiety that day in the lunchroom was one I shared and sometimes still do. My fear of being left out, of going without, was the very thing that made me unable to consider and provide for his need. Yet it’s this kind of self-emptying vision at the heart of Christian practice: the willing descent into weakness and sacrifice exemplified by Christ Himself, whether on a grand scale or at the mundane level of lunch tables.

When the school bell rang, signaling lunch was over, I walked the long hallway to my next class—one Adam also had. And when I rounded the corner, there he was, waiting. I held back. His chin dropped at my hesitation, and then he looked up, his face an apology.

I was sorry too and said so.

“We better get in there,” he said.

We settled into desks as the teacher began, and I felt something significant had happened, though I didn’t know what. Now I see we had moved beyond conflict into the substance of friendship, the substance of all relationships. We had grown a little wiser. We had walked a small step further away from childish things.

Through the Lens: Chacabuco Valley, Patagonia

This week’s reflection on the photos of Charles F. Stanley

How do I delight myself in the Lord? 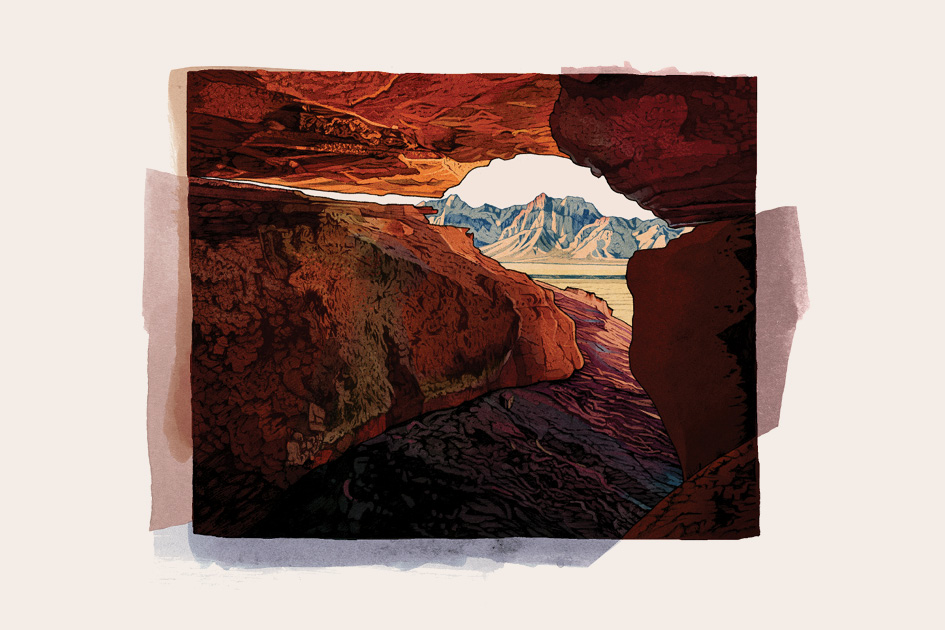 They’re all around us and not always as big as we expect.

Through the Lens: Chacabuco Valley, Patagonia

This week’s reflection on the photos of Charles F. Stanley

How do I delight myself in the Lord?

They’re all around us and not always as big as we expect.