The blessing of saying yes to help

I was at a loss for what to do.

Originally, I’d planned on Ubering to the outpatient surgery center and having one of my kids drive me home. But the scheduler nixed that idea: “Your driver must be a responsible adult who’s present from check-in through the entire procedure.” My kids are certainly responsible adults, but the ones who can help on weekdays have young children—not exactly welcome additions to a quiet waiting room.

“Can’t you make an exception? I’m a widow—surely you have other cataract patients in my situation.” 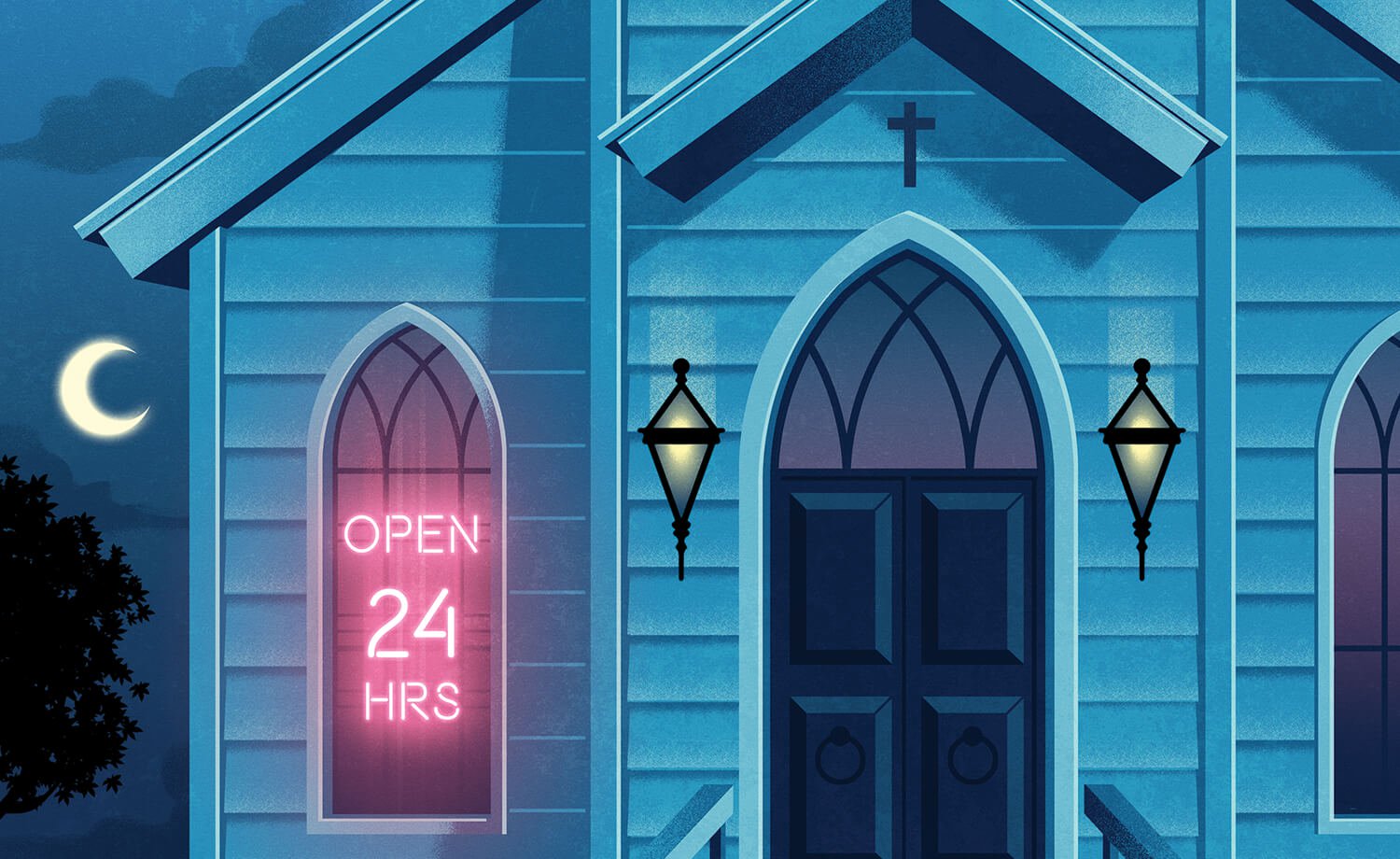 Really? Just figuring all the preliminaries without my husband was hard enough. I no longer had Elliot to help me strategize or even to be my sounding board. Or drive.

What’s worse, dealing with the medical world on my own revealed still new layers of loss to my bereavement. As a physician, Elliot was always the one to find any specialists the family needed, and he also knew what questions to ask them. It took me two tries to find an ophthalmologist I felt comfortable with, and then a third to locate one closer to home—distance matters, it turns out: Besides the early-morning O.R. time, there are day-after, week-after, month-after, and three-months-after follow-up appointments. And remember, we’re talking two eyes plus Atlanta traffic.

Then there was the intricacy of booking the actual surgeries—two weeks apart, Mondays only—to fit the demands of my own schedule while allowing for some recuperation before my daughter’s due date. And now they wanted me to factor in a responsible adult who’d donate several mornings to chauffeur and babysit? Maybe that was reasonable for an older or frail patient, but not for someone like me, who was in robust health and had always sailed through outpatient procedures. The scheduler, however, wouldn’t budge, which left me in a quandary. My inner-circle friends all lived at a distance, and the responsibility seemed too hefty to ask of a mere acquaintance. How ironic that the idea of surgery didn’t rattle me at all, yet the logistics were daunting.

She’s also someone who prioritizes serving, and then fills in her calendar.

Then our church in Rhode Island came to mind. Twenty years earlier, I’d coordinated its senior adult ministry, one facet of which involved maintaining a list of drivers for the very situation I now faced—we provided rides to worship services, church events, and medical appointments. No wonder the seniors all cherished those volunteers.

Curious if our church offered anything similar, I asked Barbara, my lay leader, the following Sunday. But I never did find out if there was an established transportation ministry. Instead, Barbara whipped out her phone calendar and simply said, “I’ll do it. What are the dates of your surgeries and follow-up appointments?”

For the record, it wasn’t as if Barbara was lonely and looking for ways to fill time. A retired school librarian, she’s a woman of many interests and many friends (including, curiously, at least five named Barbara). She’s also someone who prioritizes serving, and then fills in her calendar with church activities, meals out, bridge games, and plays. In fact, that’s how we originally met five months earlier—I was experimenting with things to do alone and decided to try the local playhouse on preview night, when seating is first-come-first-served. Looking for a place where a single wouldn’t feel self-conscious, I chose a seat next to two pleasant-looking women. Instantly, Barbara incorporated me into their conversation and somehow made me feel like a full-fledged member of their little theater party. It was a surprise to learn we all attended the same church, and before the curtain went up, I had Barbara’s phone number and an invitation to sit with her on Sunday. I’d been feeling like a fifth wheel at church for some time, and her intentional warmth toward a stranger proved the turning point. I can’t remember much about the production that night, but it was the best mediocre play I’ve ever been to.

In accepting Barbara’s help for surgery, I learned that her knack for setting folks at ease went way beyond theater chit-chat. For me, fear of being an imposition is so impossibly awkward that I’d rather have a root canal than be served. But this woman’s naturalness and practicality in ministering made me feel more like family than a burden. “As singles, we look out for one another,” she told me.

This woman’s naturalness and practicality in ministering made me feel more like family than a burden.

I even agreed when she suggested staying with her to simplify getting to the next day’s checkup. Good thing she offered—robust me didn’t exactly sail through this time. An anesthesia complication left me so ill that once Barbara managed to roll me into her guest room bed, I spent 12 queasy hours trying not to think about food.

My hostess, meanwhile, spent those hours doing for me what she’d have found comforting in my situation. She checked on me occasionally but gave me space to be quiet and miserable. And around 10 p.m. a bowl of mashed potatoes—her comfort food, I later learned—appeared on my nightstand. I couldn’t face it then, but shortly after midnight, I tried a spoonful … and eventually scraped every last bit. Then in the morning, I came downstairs to a perfect asparagus omelet and fresh, sweet cherries.

I wasn’t sure Barbara would be happy about having signed up for the second cataract. But far from being intimidated by the greenish guest in her care, she suggested I stay two nights next time. When I returned a couple of weeks later, we ate out, shared stories and pictures, cringed together at the evening news, and shouted out answers to Jeopardy! Barbara even took me on a brief excursion to a nearby park, where a fascinating but controversial sculpture had recently been installed. Who knew surgery could be so much fun?

Or so instructive. Barbara’s Golden Rule style of serving left me with a sense of dignity instead of the embarrassment I expected. And though I’ve never seen availability on an official list of spiritual gifts, the way she ministered—without hesitation, without question—was both a gift and a goal: I realized that though I often say yes, my tendency is to become quiet while thinking through my schedule, something my kids say comes across as reluctance. Honestly, it isn’t. But when thinking about it objectively, I realize I’d read a pause that way, too. So, thanking God for sending a Good Samaritan in the person of Barbara, I asked Him to help me “Go, and do likewise” (Luke 10:37).

I never expected He would answer my prayer so promptly—or so ironically. Nine days later Barbara herself pulled a muscle and had such severe pain that one foot couldn’t bear weight. She was confined to bed for a week—that’s a long time not to drive or dress or even go downstairs for ice water. What a role reversal! And what an opportunity to pay forward (or backward?) her great example.

And he said, ``The one who showed mercy toward him." Then Jesus said to him, ``Go and do the same."