A conversation on disability, hospitality, and inclusion in the church

Crying babies, loud voices, and running feet: What do these things all have in common? They’re sounds we typically don’t hear—or don’t like to hear—in church services. Babies eventually outgrow crying, but certain other behaviors we think of as inappropriate during times of worship don’t resolve quite so readily for some children. If those children (not to mention some adults) are living with a disability, our expectations as churchgoers may be impossible for them to meet. Where does that leave us as the body of Christ? What happens to our churches and communities when welcoming brothers and sisters with special needs, young and old, stretches us beyond our comfort zones?

Mercy is not seeing people with disabilities as people we should be nice to, but seeing them as bringing something to the table.

Heather Avis, Micha Boyett, and Mercedes Lara are co-hosts of The Lucky Few Podcast. As mothers of children with Down syndrome, they are passionate about “shouting the worth” of those living with disabilities. Mercedes’s daughter and two of Heather’s children have Down syndrome, while Micha’s son has a dual diagnosis of that plus autism. Together, these women are shifting the narrative on disability and challenging cultural perceptions.

I had the opportunity to chat with Avis, Boyett, and Lara about their advocacy work, the role of inclusion in the church, and what it means to show mercy to those living with disabilities. The following is an edited transcript of our conversation.

Elrena Evans: In my experience, when we talk about having mercy for someone who is living with a disability, what we often mean is pity. I feel pretty strongly that mercy is not pity. So how should we show mercy? 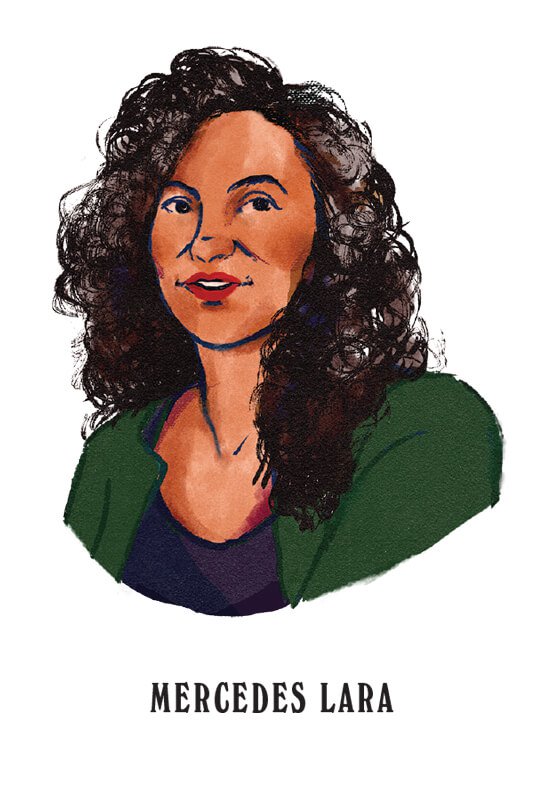 Mercedes Lara: Mercy is recognition—acknowledgement and recognition of people who are differently abled. What does that look like? Respect, compassion, and love. Just noticing them and making room for them in the church. Recognizing a need that has to be met so they’re included. Asking ourselves, How are we welcoming? How are we making church available? How are we making our community available? Then it doesn’t feel like pity; it just feels respectful—like acknowledgement.

Micha Boyett: Pity is passive. Mercy is an active, spiritual work. You don’t show mercy by having a feeling—mercy is love in action toward someone. Mercy is not seeing people with disabilities as people we should be nice to, but seeing them as bringing something to the table. And in the case of the church, mercy is seeing people with disabilities as people worthy of having a ministry, of being given the power to serve. So mercy becomes not a thing you feel for someone, but—as you give value to them, as you’re living in community together and serving together—mercy becomes an equalizer.

Heather Avis: I think that God’s greatest act of mercy for me was letting me have two kids who have Down syndrome. That opened my eyes to a fuller picture of who God is, His heart for humanity, and what it means to be human. So for the church to show mercy to a group of people who have disabilities is to recognize the image of God in them, and to esteem and honor them as image-bearers—seeing their disability as an asset, not a deficit.

A tangible example would be if someone with limb differences, who uses a wheelchair, comes to your church and your church isn’t wheelchair accessible. Mercy is doing whatever you need to do to make your church accessible for this person—because they’re worth it, and because they deserve it, not because you’re going to get some kind of accolade or feel good about yourself.

ML: Yes! To have mercy is to be aware of a situation and to fix it. 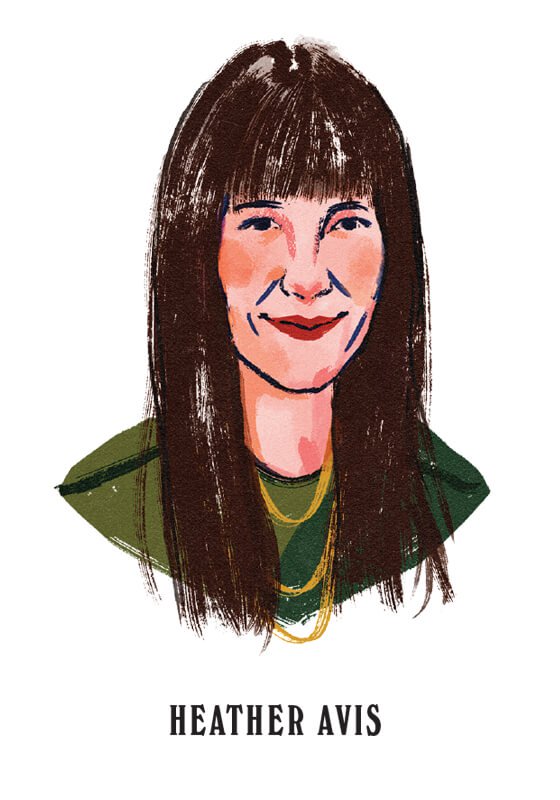 HA: And not to want any kind of reward for fixing it. Fix it simply because that’s what you do so that someone can have access.

MB: Not only do you want them to be able to make it into the church building; you want them to be empowered to serve. It’s more than just saying, “Oh yeah, we should allow people in.” It’s saying, “We need to put ourselves in a place to learn and grow and be served by someone in a wheelchair.”

HA: We need that person here.

EE: When people with different abilities are serving within the church, things might be a little bit unfamiliar for us, compared to what we’re used to. What would it look like to adjust our expectations so we are not just welcoming individuals with disabilities but fully including them in a communal relationship?

ML: Having people with different abilities serve in a church allows the community as a whole to practice the action of mercy. Exposure helps your heart to grow, and it helps your mind to settle, so things aren’t as jarring or disturbing. In church, things can be so traditional that it’s tidy—and people of different abilities shake that up.

At our church, we had some girls from the youth group singing up front. Heather’s daughter Macy isn’t in the choir, but those girls are her friends, and I think a song was calling her name! So she stood up, the Spirit moved her, and she walked on stage and was the loudest one on the microphone. Off-key and it was perfect. It was like my favorite kind of worship. We need to make room for people with different abilities to serve, so that our hearts and minds can change.

HA: It’s hard to say, “Do these five things in your church to make it welcoming,” because the approach is going to be very different, depending on each individual church. But I think it’s a mindset, and it starts with the leadership. What is their attitude towards people with disabilities? They’re going to set the tone. Is everyone in the church going to be flexible so that this one person can be fully included in the body? Are those in leadership going to lean in to help that person use his or her spiritual gifting? It’s going to take a lot of creativity and flexibility, and a different posture of the heart.

Mercy is doing whatever you need to do to make your church accessible for a person—because they’re worth it, and because they deserve it.

MB: What we’re talking about is changing the culture of the church. Being open to newness even if it makes you uncomfortable. Changing a culture always makes us uncomfortable, whether we’re talking about race or women in leadership or welcoming people with different abilities into the leadership—or the Macys who are coming out to sing, whether they’ve practiced or not!

EE: How do we allow people to be who they are in our spaces, in our churches, even when who they are is disruptive, or annoying, or bad-smelling, or something else that we feel doesn’t belong in our neat and tidy church?

HA: As a parent raising children with disabilities, I’m stepping into spaces all the time where they’re behaving in ways that are not the norm. If you’re feeling disgusted by something, or uncomfortable with something, or judging the behavior of someone, ask yourself, Do I see Jesus in that person?

ML: Dr. Diane Langberg has a quote that I love: “Our response to their vulnerability exposes who we are.” When I first read that, I thought of my daughter Sunny. And at first I was like, Oh, I don’t want her to be vulnerable! She is strong! But she’s also vulnerable. So that totally resonates with me. When you try and put everybody in a box, you’re appalled when they’re not all acting appropriately in that box. I think that just shines a light on your own heart, about what you think the house of Jesus should look like. But Jesus is not looking for perfect. He’s looking for relationship. 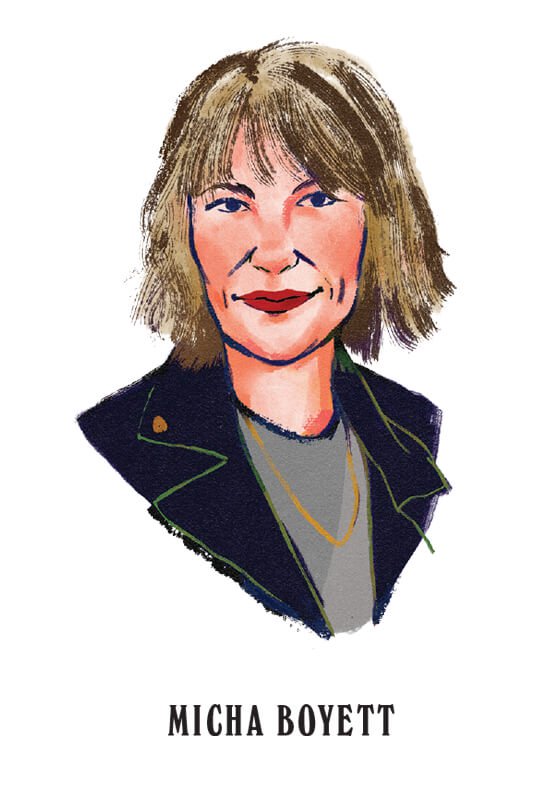 MB: At our church, our son Ace is dearly loved, but Ace is also a cutie pie little guy right now. He loves to get up during the songs and walk straight down the middle aisle, and then stand as close as he can to the guy playing the guitar. He’d love to go on the stage, too! And everybody loves that right now, because he’s tiny. But what is that going to look like when he’s 15 and he wants to go stand at the front? It’s one thing to accept difference when they’re little and it’s cute. But it’s another thing when difference starts being seen as less appropriate or potentially upsetting.

HA: I do caution the church, though. If we don’t become a welcoming space for people who respond differently to the world or to the service, then they’re not going to come. And that’s what’s happening. If we’re not living with all different kinds of people, then we’re missing out on the fullness of God.

EE: Are these expectations about other people really about them, or are they about us? What drives us to privilege order and appearance over welcome? And what might a worldview or theology look like that values a person for no other reason than being made in the image of God?

MB: We are all striving just to have worth. And all we know about our worth is what we do. Even though we talk about other things in church, we are told that God cares a whole lot about what we do. We tend to believe that; it’s how we decide who is “good enough.” We’ve just made accomplishments more spiritual-looking: Who is best at showing up? Who is best at serving? Who is best at being sweet? And often it’s done with a good heart, but we’re still assigning value.

I think it takes an entire paradigm shift. Henri Nouwen said, “We are not what we do, we are not what we have, we are not what others think of us. I am a beloved child of a loving creator.” And I think this has to be a shift inside us first—to see our own value outside of what we accomplish, what we have, and what people think about us. Once we can see our own value that way, then we can start to receive people who are not going to win in accomplishments and who are not going to win in power.

We are living in a world that is destroying us with what it requires of us. We have to decide that we’re not going to receive that [way of thinking] anymore, and we’re not going to live in that paradigm anymore. Once we stop doing that, then we get to create a world for our kids and for other people living with disabilities where they don’t have to do it, either.