The End of Humility

Following Christ’s example of self-emptying sacrifice is more than ideal behavior—it’s the path to becoming our true selves.

Giovanni enjoyed the best of everything. The son of a wealthy businessman, he could impress his friends with all that a life of pleasure promises. But along the way, his encounters with the poor awakened his pity and mercy, inspiring him to sell off his family’s belongings to help. Faced with his father’s anger, the young man renounced his inheritance, exchanging his finery for the ways of a beggar. Today we know Giovanni di Pietro di Bernardone by another name: St. Francis of Assisi. 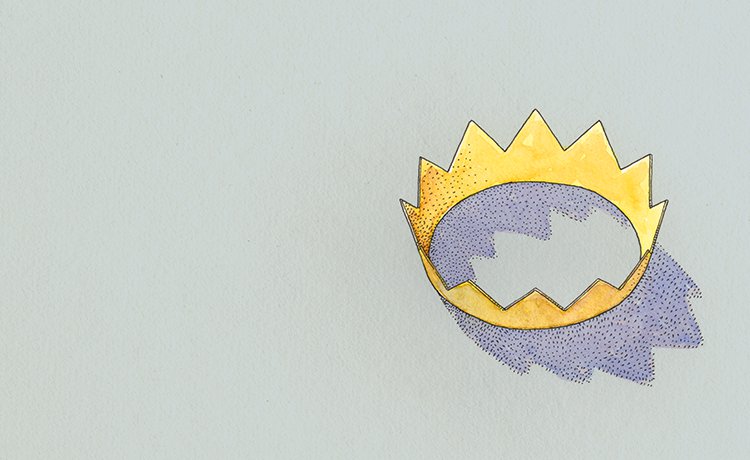 Francis’s story may have lost some of its shock value, but his was still a radical exchange of wealth for poverty. No doubt he confused and frustrated his friends. We shouldn’t be surprised. After all, he was following Christ’s example in the gospels.

Jesus’ life must have been puzzling, too. At times, He spoke like a king, the long-awaited Messiah, who would overthrow Rome. Other times, He seemed like a prophet, a new Moses to lead God’s people to freedom. And sometimes He sounded priestly, using the language of worship and sacrifice. But none of those roles explained Jesus’ death; in fact, Jesus seemed to have traded His life and future ministry for nothing.

When the apostle Paul wrote to the church at Philippi, they found the truth was even more surprising. Jesus was God’s equal, Paul writes—full of authority and power, entitled to all glory and honor. But He “emptied Himself, taking the form of a bond-servant and ... humbled Himself by becoming obedient to the point of death” (Phil. 2:7-8). Paul offers Jesus’ life as an example for Christians to follow, charging us to adopt the attitude of Christ. Instead of serving ourselves, Paul’s description of Jesus suggests we should relinquish our rights and recognize the power of living humbly.

Though God promises forgiveness, grace, and even a place of honor to those who repent and believe, those promises are not our birthright.

That’s all well and good, we might say, but how do we live this relinquishment and recognition? After all, we have nothing to surrender as Jesus did. God created us; we are not His equals. Though God promises forgiveness, grace, and even a place of honor to those who repent and believe, those promises are not our birthright. We have to recognize that our relinquishment has more to do with our own kingdoms than with God’s.

Modern culture, in the form of technology and advertising and more, urges us to puff ourselves up, to exalt ourselves at every possible opportunity, to accumulate whatever money, resources, and reputation we can in order to defend against insecurity. Our world urges us to be monarch over our own empire. While the idea seems good, this process erects defenses against God’s work in our lives. So He calls us to set aside all that we’ve stored up for ourselves. Like Jesus, we should consider all we have “not ... to be grasped” because what we have are gifts beyond our personal claims (Phil. 2:6).

Along with this letting go, God invites us to recognize and take hold of our whole humanity. Jesus didn’t simply appear from the desert a fully formed adult, having missed important experiences along the way. No, He was born of Mary and lived from infancy into adulthood, working alongside His adoptive father, embracing a human existence. Jesus took on human flesh and responsibility, the same place of servanthood in God’s kingdom that is ours.

In practical terms, this embrace of humanity has implications not only for us, but also for others. Followers of Christ are to live humbly, to “regard one another as more important” than themselves (Phil. 2:3). In Galatians, Paul puts it another way, saying we should avoid thinking too much of ourselves. That sounds difficult to our ears, especially since we are encouraged to tend to our own needs and wants, first and best. But the way of Jesus is clear. He put the needs of the whole world before His own desires, taking the cup of suffering in obedience.

We, however, have been trained to think of sacrifice in terms of personal gain. In the crassest terms, we might ask, Will humble living be worth it? Take Jesus again as our example. God accomplished His purposes through Jesus’ obedience. Similarly, living humbly—letting go of our sense of entitlement to embrace our humanity—puts us in the path of God’s work. If we have ears to hear the call to a humble life, to relinquish our own designs and embrace the kind of life our Savior modeled, we will find that He works in us “both to will and to work for Hisgood pleasure” (Phil. 2:13). In the Master’s hands, our humility will become a tool for making us holy.

but emptied Himself, taking the form of a bond-servant, and being made in the likeness of men.

Being found in appearance as a man, He humbled Himself by becoming obedient to the point of death, even death on a cross.

who, although He existed in the form of God, did not regard equality with God a thing to be grasped,

Do nothing from selfishness or empty conceit, but with humility of mind regard one another as more important than yourselves;

for it is God who is at work in you, both to will and to work for His good pleasure.