We often wish for purpose and reward at the end of pain, but what if there’s no end in sight?

The first time I met depression, I didn’t know its name. I was in college, without any awareness of mental health, and concluded that my starry-eyed, sheltered self had overestimated the joy of living. I stopped looking for jewel tones on my palette of grays. The listlessness and occasional anxiety came to all my courses, keeping my friends, clubs, and interests distant. 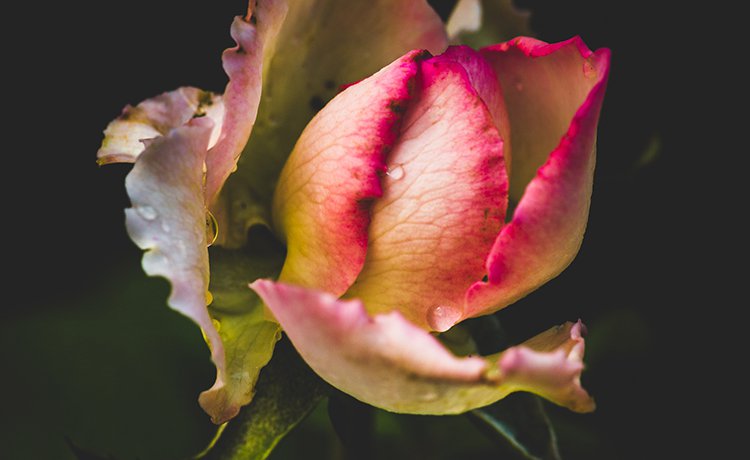 One Sunday from the pulpit, I heard for the first time—or what felt like the first time—that God uses suffering to mold our character, for our good. So I held on and waited. One day there would be fruit. And yes, years later when I’d look back and see those days behind me, I thought I’d also see a woman of perseverance, strength, and faith.

But six months ago I went into the doctor’s office concerned about my thyroid and left with an evaluation that confirmed I was unequivocally depressed. It had returned—this time with measurements and medication. I drove to work after the appointment, and tears welled at the base of my eyes all day as I realized that for a long time I had merely been holding on.

Naturally, I think of the apostle Paul. He too was haunted by an ongoing battle with a cryptic thorn-in-his-flesh and always would be. Was his suffering meant to spawn spiritual refinement as I expected of mine? Paul thought so. He was sure the thorn plagued him as a lesson in humility, and he was content. But I have to wonder: Was that really the last time he questioned God about it? The last time he brought it to the Lord in frustration? For my humanity’s sake, I hope not. I hope Paul woke up bitter. I hope he repeated, prayed, and confessed It is well until he believed it but found himself disheartened again by noon—much like I do.

I had nothing to show for my pain, not even growth. It only amounted to more time pleading, confessing, hoping, crying, praying to Jesus.

One morning, before I knew it was depression I was in the trenches of, I sat on my bed—sheets unmade with my Bible, journal, and notes sprawled around me—and I read a text from my friend. It was a picture of his devotion for the day, which he sent every morning and I looked forward to reading. But on this particular day, I locked my phone in frustration. That devotion had the audacity to tell me to thank God for my problems.

Why would I thank Him for having to scrounge up a fraction of the joy and peace others have? For the way the scrambling wears on me, making me forget it isn’t normal? Why would I thank Him for the way depression immobilizes me? For my bed being the only place that gives me life, and for the new weight around my thighs and stomach? For the blank stares at my computer screen, for thinning relationships? I had nothing to show for my pain, not even growth. It only amounted to more time pleading, confessing, hoping, crying, praying to Jesus.

When I lift my head to look up at the cross, the author and perfector of my faith hanging there, I see a man desperate to be with me. Dying to know me, that I might know Him. As if He could have said, “It is finished! We can be close now.” My God, an ardent lover. If He sacrificed His own Son’s life to know me, would He be willing to sacrifice my mental health so that I might commune with Him? How hard does He love?

The Israelites knew. How many times had they suffered, been forced to rely on God alone? Their long journey with Him revealed a God who was passionate and jealous for their attention, who didn’t shy away from pain in seeking His people. And they spoke of His zeal gently: “He has torn us, but He will heal us; He has wounded us, but He will bandage us” (Hos. 6:1). My eyes read resignation to His sovereignty, but for a people who experienced God’s love hard, and for a people with no promise of redemption in their lifetime, with no expectation to see fruit spring from their suffering—their plight was a door to the Lord Himself. And so a few verses later, they proclaim, “Let us know, let us press on to know the Lord ... He will come to us like the rain, like the spring rain watering the earth” (Hos. 6:3).

Each day is a toss-up—whether I tell the Lord I’m thankful for how closely depression has tied me to Him, or I avoid Him because I’m disappointed. But each time it hurts—when the thorn digs into the palm of my hand, and I see there’s no bloom on the stem I’m holding—I look at God and remember He is my reward. As He comforted His people many times before, He promises me, “I will be with you,” stopping short of the clause “to make it better.” He has always been the prize.

``So let us know, let us press on to know the LORD. His going forth is as certain as the dawn; And He will come to us like the rain, Like the spring rain watering the earth."