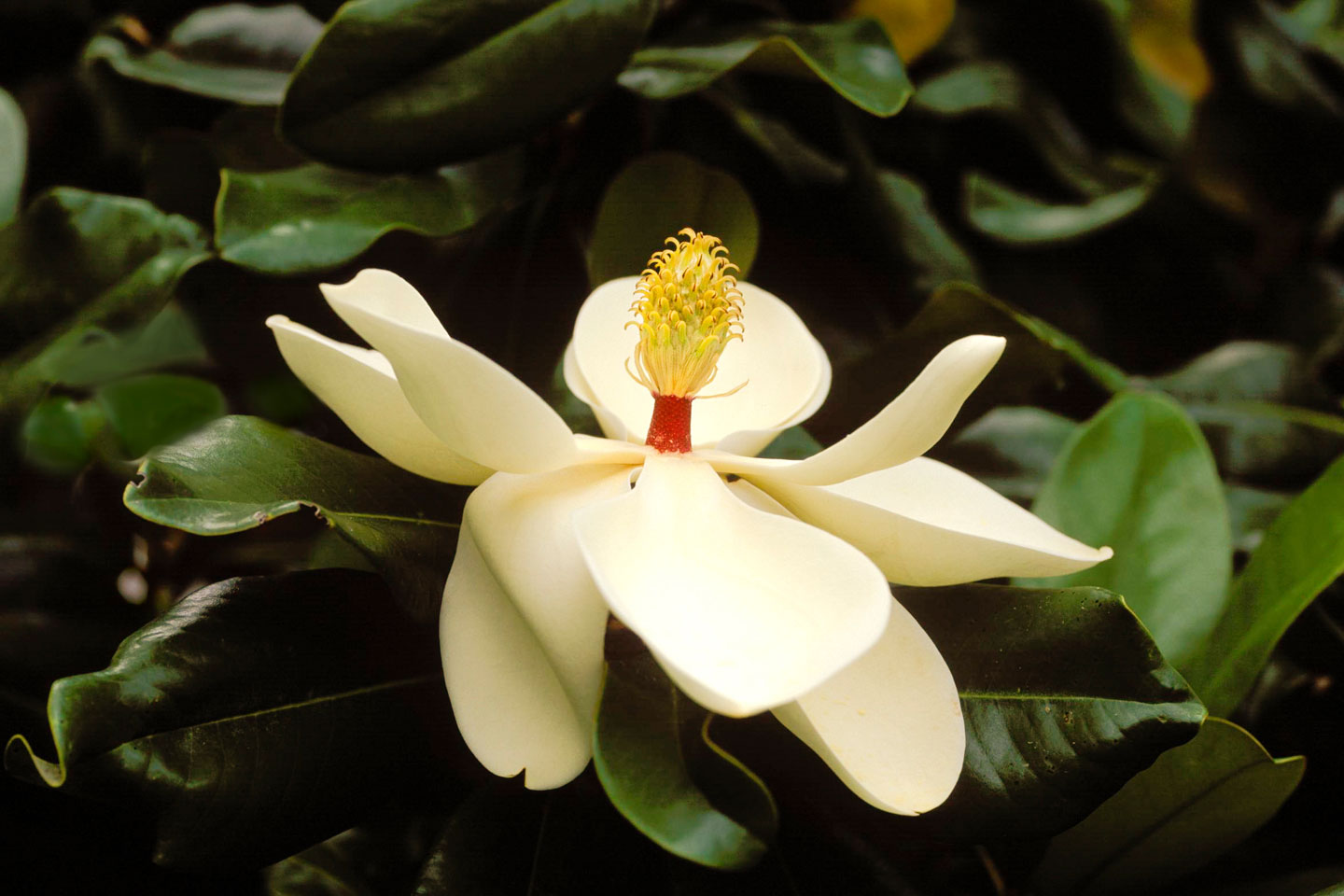 Our Helper in Prayer

The Holy Spirit enables us to pray according to the will of God.

God has invited us to come to Him with our requests and concerns. Yet we don’t truly know how to pray as we should, because we have limited knowledge, faulty motives, and misplaced desires. But we have a Helper who intercedes for us according to God’s will.

The Holy Spirit knows exactly what the Father desires to do in our life, and His prayers are always answered. For example, we may ask for relief from suffering or hardship, but the Lord’s will may be to use these things to produce Christlike character within us. We may think our prayers have gone unanswered, but the Spirit has taken our desire for something good and turned it into a request for something better.

The Spirit not only prays for us according to God’s will, but He also clarifies the Father’s will to us. Scripture tells us what the Lord desires and how He works. As we renew our mind with His Word, we’ll be better able to pray effectively. Yet there is great comfort in knowing that none of our prayers fall on deaf ears. The Spirit takes each one and interprets it to fit the Father’s will.

Bible in One Year: Jeremiah 4-5

In the same way the Spirit also helps our weakness; for we do not know how to pray as we should, but the Spirit Himself intercedes for us with groanings too deep for words;

and He who searches the hearts knows what the mind of the Spirit is, because He intercedes for the saints according to the will of God.

And we know that God causes all things to work together for good to those who love God, to those who are called according to His purpose.

``If you will return, O Israel," declares the LORD, `` Then you should return to Me. And if you will put away your detested things from My presence, And will not waver,

And you will swear, `As the LORD lives,' In truth, in justice and in righteousness; Then the nations will bless themselves in Him, And in Him they will glory."

For thus says the LORD to the men of Judah and to Jerusalem, ``Break up your fallow ground, And do not sow among thorns.

``Circumcise yourselves to the LORD And remove the foreskins of your heart, Men of Judah and inhabitants of Jerusalem, Or else My wrath will go forth like fire And burn with none to quench it, Because of the evil of your deeds."

Declare in Judah and proclaim in Jerusalem, and say, ``Blow the trumpet in the land; Cry aloud and say, `Assemble yourselves, and let us go Into the fortified cities.'

``Lift up a standard toward Zion! Seek refuge, do not stand still, For I am bringing evil from the north, And great destruction.

``A lion has gone up from his thicket, And a destroyer of nations has set out; He has gone out from his place To make your land a waste. Your cities will be ruins Without inhabitant.

``For this, put on sackcloth, Lament and wail; For the fierce anger of the LORD Has not turned back from us."

Then I said, ``Ah, Lord GOD! Surely You have utterly deceived this people and Jerusalem, saying, `You will have peace'; whereas a sword touches the throat."

In that time it will be said to this people and to Jerusalem, ``A scorching wind from the bare heights in the wilderness in the direction of the daughter of My people--not to winnow and not to cleanse,

a wind too strong for this--will come at My command; now I will also pronounce judgments against them.

``Behold, he goes up like clouds, And his chariots like the whirlwind; His horses are swifter than eagles. Woe to us, for we are ruined!"

Wash your heart from evil, O Jerusalem, That you may be saved. How long will your wicked thoughts Lodge within you?

For a voice declares from Dan, And proclaims wickedness from Mount Ephraim.

``Report it to the nations, now! Proclaim over Jerusalem, `Besiegers come from a far country, And lift their voices against the cities of Judah.

`Like watchmen of a field they are against her round about, Because she has rebelled against Me,' declares the LORD.

``Your ways and your deeds Have brought these things to you. This is your evil. How bitter! How it has touched your heart!"

My soul, my soul! I am in anguish! Oh, my heart! My heart is pounding in me; I cannot be silent, Because you have heard, O my soul, The sound of the trumpet, The alarm of war.

Disaster on disaster is proclaimed, For the whole land is devastated; Suddenly my tents are devastated, My curtains in an instant.

How long must I see the standard And hear the sound of the trumpet?

``For My people are foolish, They know Me not; They are stupid children And have no understanding. They are shrewd to do evil, But to do good they do not know."

I looked on the earth, and behold, it was formless and void; And to the heavens, and they had no light.

I looked on the mountains, and behold, they were quaking, And all the hills moved to and fro.

I looked, and behold, there was no man, And all the birds of the heavens had fled.

I looked, and behold, the fruitful land was a wilderness, And all its cities were pulled down Before the LORD, before His fierce anger.

For thus says the LORD, ``The whole land shall be a desolation, Yet I will not execute a complete destruction.

``For this the earth shall mourn And the heavens above be dark, Because I have spoken, I have purposed, And I will not change My mind, nor will I turn from it."

At the sound of the horseman and bowman every city flees; They go into the thickets and climb among the rocks; Every city is forsaken, And no man dwells in them.

And you, O desolate one, what will you do? Although you dress in scarlet, Although you decorate yourself with ornaments of gold, Although you enlarge your eyes with paint, In vain you make yourself beautiful. Your lovers despise you; They seek your life.

For I heard a cry as of a woman in labor, The anguish as of one giving birth to her first child, The cry of the daughter of Zion gasping for breath, Stretching out her hands, saying, ``Ah, woe is me, for I faint before murderers."

``Roam to and fro through the streets of Jerusalem, And look now and take note. And seek in her open squares, If you can find a man, If there is one who does justice, who seeks truth, Then I will pardon her.

``And although they say, `As the LORD lives,' Surely they swear falsely."

Then I said, ``They are only the poor, They are foolish; For they do not know the way of the LORD Or the ordinance of their God.

``I will go to the great And will speak to them, For they know the way of the LORD And the ordinance of their God." But they too, with one accord, have broken the yoke And burst the bonds.

Therefore a lion from the forest will slay them, A wolf of the deserts will destroy them, A leopard is watching their cities. Everyone who goes out of them will be torn in pieces, Because their transgressions are many, Their apostasies are numerous.

``Why should I pardon you? Your sons have forsaken Me And sworn by those who are not gods. When I had fed them to the full, They committed adultery And trooped to the harlot's house.

``They were well-fed lusty horses, Each one neighing after his neighbor's wife.

``Shall I not punish these people, " declares the LORD, ``And on a nation such as this Shall I not avenge Myself?

``Go up through her vine rows and destroy, But do not execute a complete destruction; Strip away her branches, For they are not the LORD'S.

They have lied about the LORD And said, `` Not He; Misfortune will not come on us, And we will not see sword or famine.

``The prophets are as wind, And the word is not in them. Thus it will be done to them!"

Therefore, thus says the LORD, the God of hosts, ``Because you have spoken this word, Behold, I am making My words in your mouth fire And this people wood, and it will consume them.

``Behold, I am bringing a nation against you from afar, O house of Israel," declares the LORD. ``It is an enduring nation, It is an ancient nation, A nation whose language you do not know, Nor can you understand what they say.

``Their quiver is like an open grave, All of them are mighty men.

``Yet even in those days," declares the LORD, ``I will not make you a complete destruction.

``It shall come about when they say, `Why has the LORD our God done all these things to us?' then you shall say to them, `As you have forsaken Me and served foreign gods in your land, so you will serve strangers in a land that is not yours.'

``Declare this in the house of Jacob And proclaim it in Judah, saying,

`But this people has a stubborn and rebellious heart; They have turned aside and departed.

`They do not say in their heart, ``Let us now fear the LORD our God, Who gives rain in its season, Both the autumn rain and the spring rain, Who keeps for us The appointed weeks of the harvest."

`Your iniquities have turned these away, And your sins have withheld good from you.

`For wicked men are found among My people, They watch like fowlers lying in wait; They set a trap, They catch men.

`Like a cage full of birds, So their houses are full of deceit; Therefore they have become great and rich.

`They are fat, they are sleek, They also excel in deeds of wickedness; They do not plead the cause, The cause of the orphan, that they may prosper; And they do not defend the rights of the poor.

`Shall I not punish these people? ' declares the LORD, `On a nation such as this Shall I not avenge Myself?'

``An appalling and horrible thing Has happened in the land:

The prophets prophesy falsely, And the priests rule on their own authority; And My people love it so! But what will you do at the end of it? 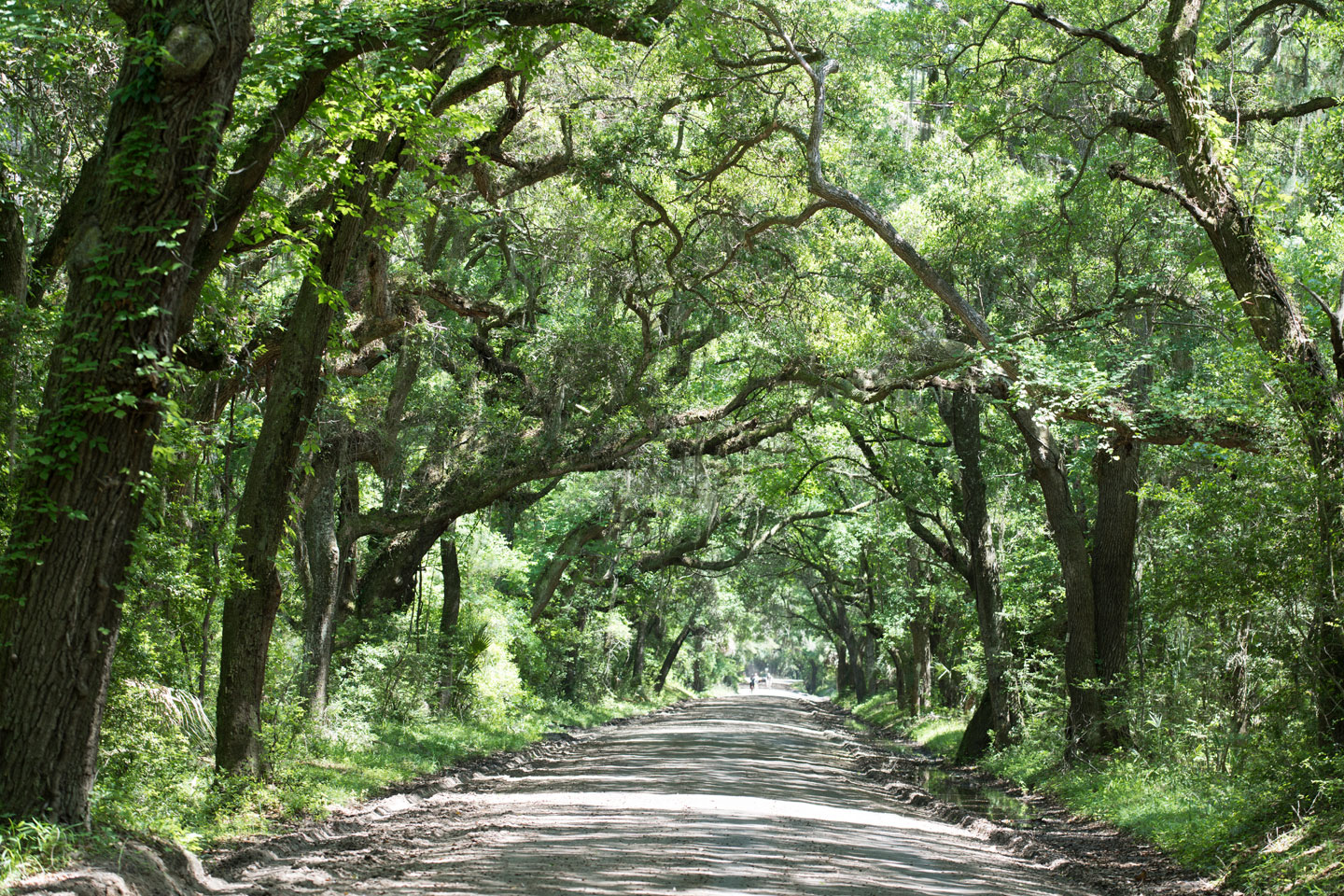 Daily Devotion
The Holiness of God
God is perfectly just and merciful.
October 3, 2022 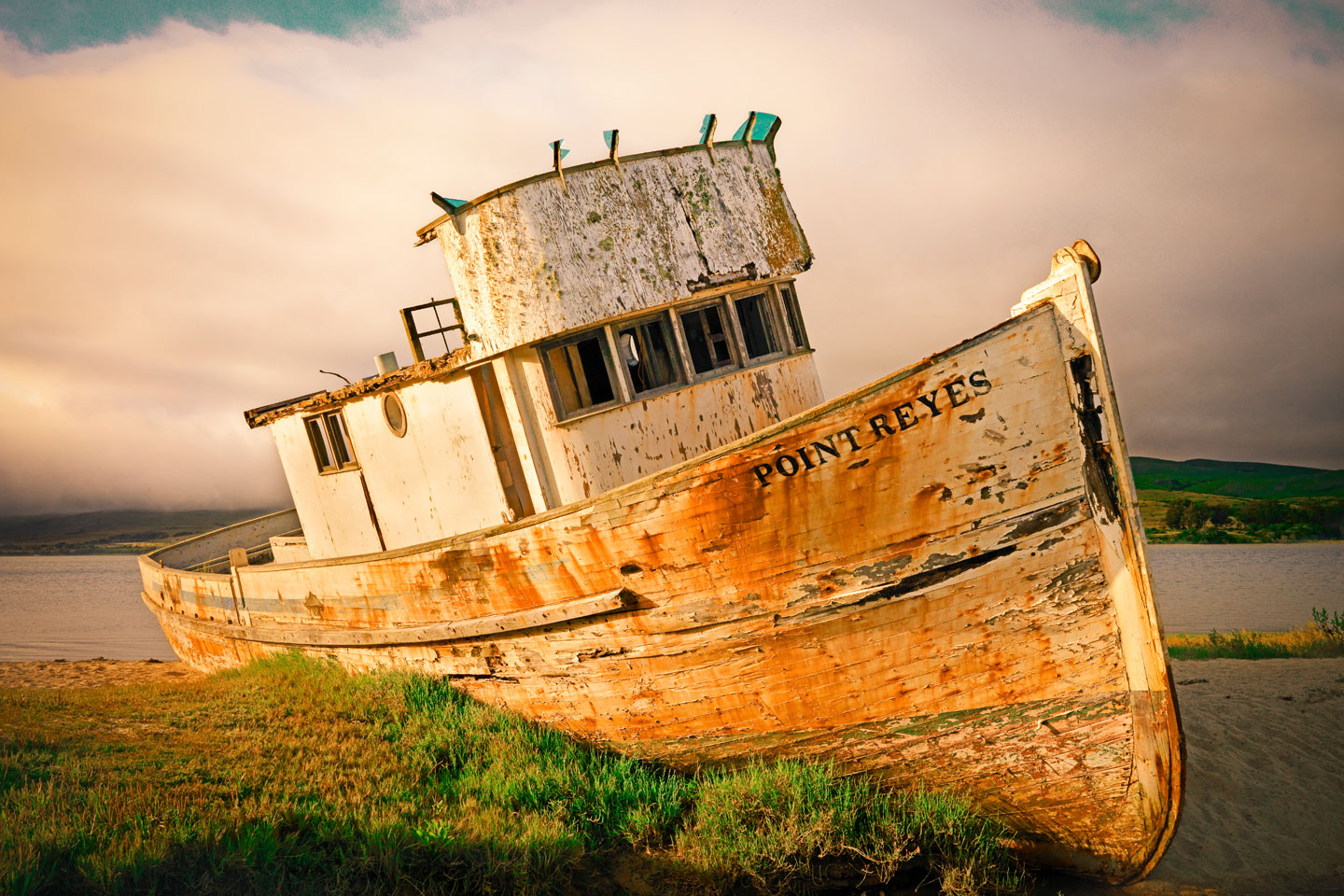 Daily Devotion
Sunday Reflection: The Abundance in Being Different
From the friction of diversity comes the polish that makes us more accurate reflections of our Savior.
October 2, 2022 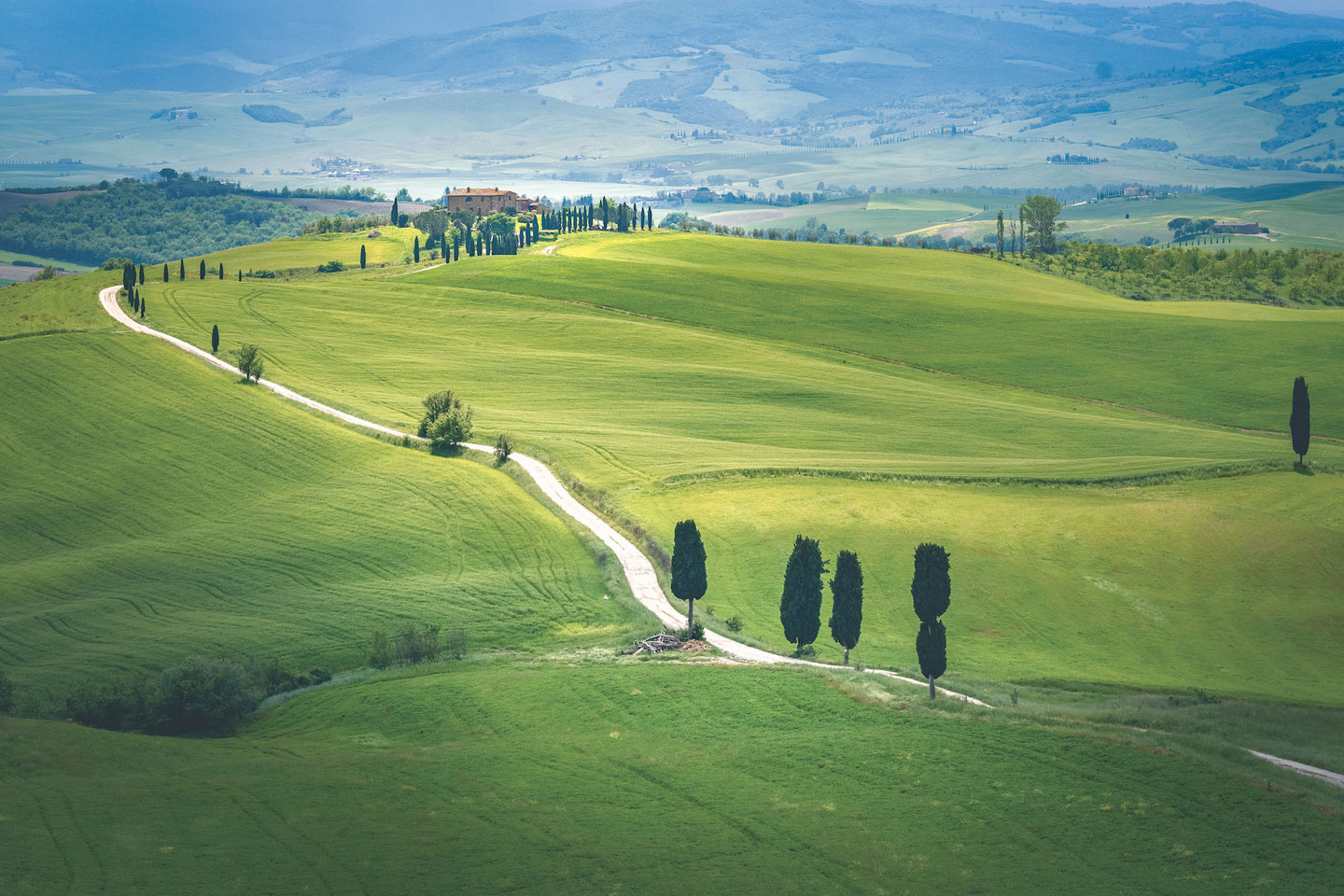 Daily Devotion
Making Him Known
What we believe about God impacts how we live. It's important to be sure we know the truth.
October 1, 2022

The Holiness of God
God is perfectly just and merciful.

Sunday Reflection: The Abundance in Being Different
From the friction of diversity comes the polish that makes us more accurate reflections of our Savior.

Making Him Known
What we believe about God impacts how we live. It's important to be sure we know the truth.
See All Daily Devotions