Trusting God means looking beyond what we can see to what God sees.

Staring across the Elah Valley into the eyes of Goliath, David recalled the times God had delivered him from the brink of disaster. God had always given him the ability he needed to triumph. Now he faced one of the greatest challenges of his life—a trained and well-armed warrior named Goliath.

At some point, each of us will face what seem to be mammoth trials and difficulties. This is why we must know how to respond to every threat by laying hold of the kind of victorious faith that looks beyond what we can see to what God sees.

The secret of David’s success was his ability to trust and obey God. Had he looked merely at the giant challenge facing him, he would have turned around and run away, as did the rest of the Israelites. But through faith, David saw what his countrymen did not.

In times of extreme pressure, God stretches our faith and deepens our dependence on Him. Without a strong, abiding faith, we can quickly yield to temptation and fear, especially when the trial or difficulty is intense or prolonged. God developed David’s trust until it became unshakable.

Whatever Goliath you face, you need to bury one truth deep within your heart: God loves you, and when you place your trust in Him, He will help you to triumph. You may go through times of failure. Life may not always turn out the way you planned. But ultimately, God will be glorified, and you will be blessed.

Every challenge presents an opportunity for the Lord to display His faithfulness and love. Instead of yielding to thoughts of fear and failure, make a commitment to trust God, even when you do not know what the next day will bring. Train yourself to look beyond what you can see to what He sees.

David founded his faith in the sovereignty of God; that’s why he knew he would not fail in his quest to defeat the Philistine giant.

How can you gain that kind of faith?

You can face any circumstance with confidence and hope, because it is not your strength, wisdom, energy, or power that brings victory. Triumph comes because of Christ’s ability, and when you place your trust in Him, you tap into an irresistible force that no one and nothing can successfully oppose.

Then Elisha prayed and said, ``O LORD, I pray, open his eyes that he may see." And the LORD opened the servant's eyes and he saw; and behold, the mountain was full of horses and chariots of fire all around Elisha.

David said to Saul, ``Let no man's heart fail on account of him; your servant will go and fight with this Philistine."

Then Saul said to David, ``You are not able to go against this Philistine to fight with him; for you are but a youth while he has been a warrior from his youth."

But David said to Saul, ``Your servant was tending his father's sheep. When a lion or a bear came and took a lamb from the flock,

I went out after him and attacked him, and rescued it from his mouth; and when he rose up against me, I seized him by his beard and struck him and killed him.

``Your servant has killed both the lion and the bear; and this uncircumcised Philistine will be like one of them, since he has taunted the armies of the living God."

and that all this assembly may know that the LORD does not deliver by sword or by spear; for the battle is the LORD'S and He will give you into our hands."

Then David spoke to the men who were standing by him, saying, ``What will be done for the man who kills this Philistine and takes away the reproach from Israel? For who is this uncircumcised Philistine, that he should taunt the armies of the living God?" 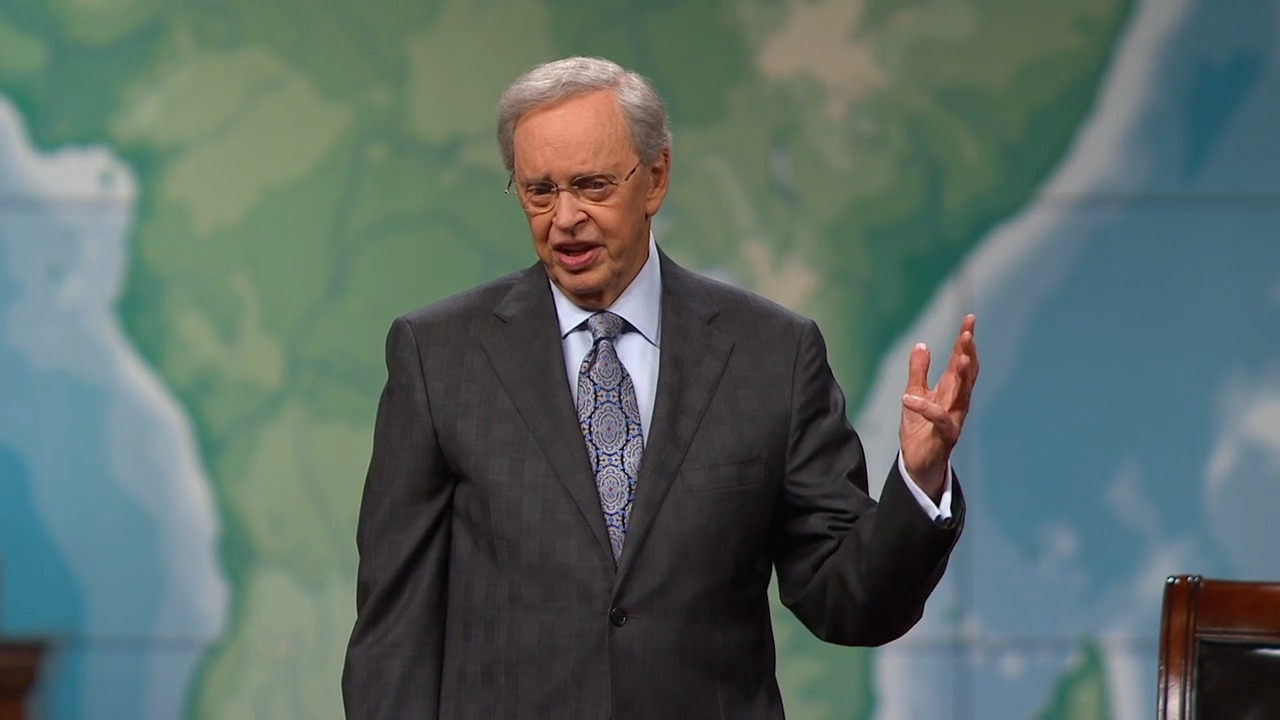 TV Sermon
A Strong Church
Are you committed to loving God and serving people in His name?
October 1, 2022 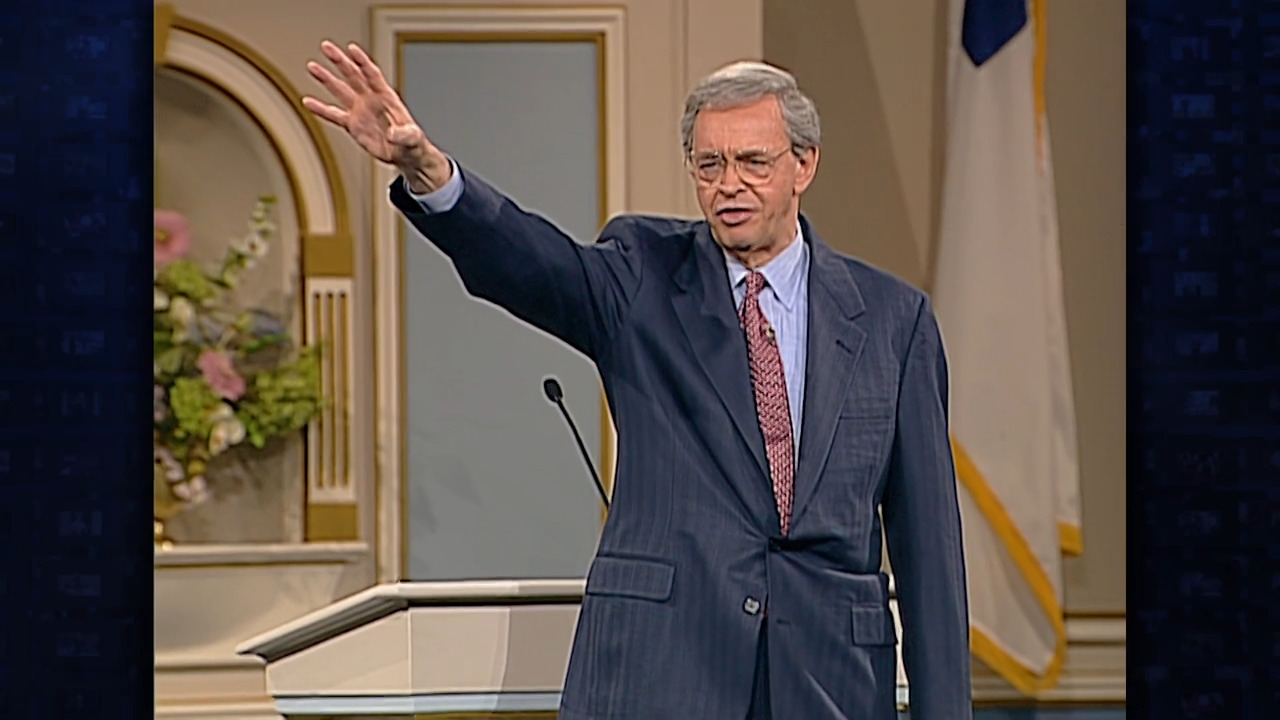 TV Sermon
Because He Came We Must Go
We were sent by Christ to share the gospel with others.
October 1, 2022 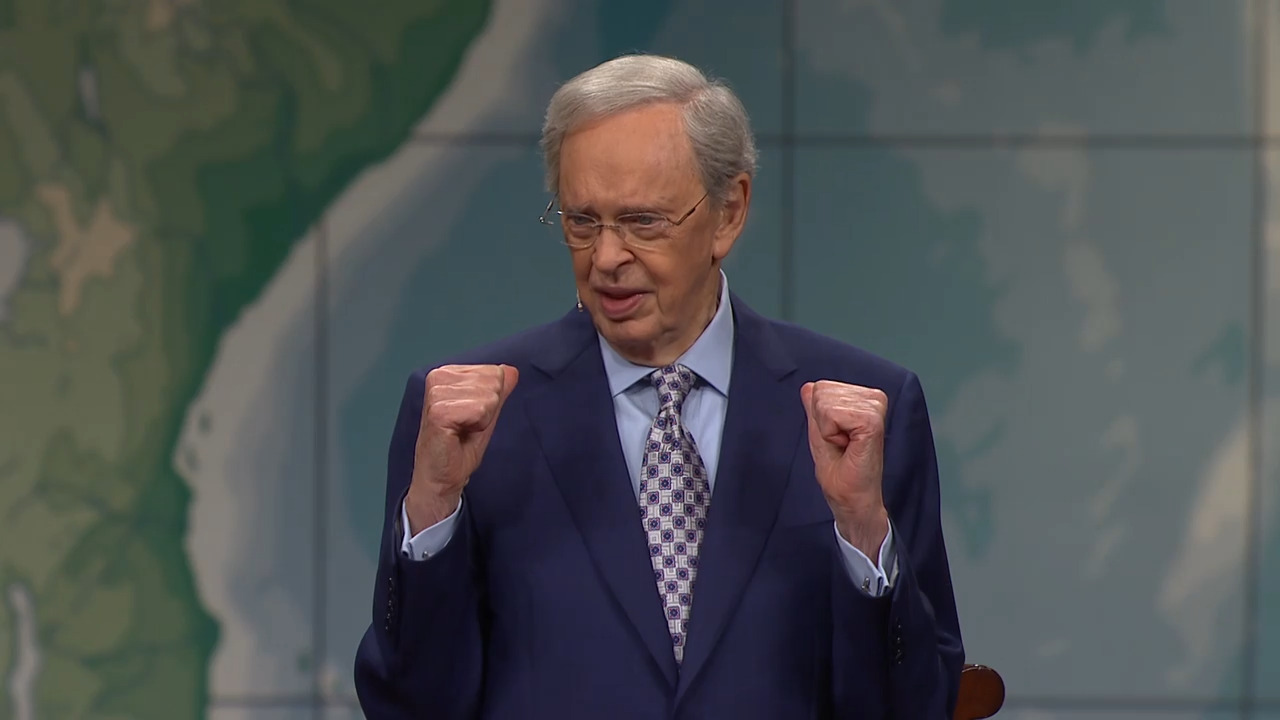 TV Sermon
How to Stay Young and Useful All Your Life
Dr. Stanley shares several principles on how to live a productive life.
September 24, 2022

A Strong Church
Are you committed to loving God and serving people in His name?

Because He Came We Must Go
We were sent by Christ to share the gospel with others.

How to Stay Young and Useful All Your Life
Dr. Stanley shares several principles on how to live a productive life.