Do you believe God is in control of your circumstances, or do you think He's sitting back waiting for you to mess up again? Dr. Stanley explains God's revelation of Himself, His character, and His attributes through Scripture.

THE GREATNESS OF GOD

When some people picture God, they imagine a grandfatherly type who loves everyone but only has so much control over the events of this world.

Regardless of what we imagine, it’s important that we look at Scripture to see what the Lord actually says about Himself. In it, we learn what He is like, what He loves, and how He relates to us. Otherwise, we run the risk of making incorrect assumptions and missing out on the joys of an enriching, truth-based relationship with our great and majestic God.

Isaiah 40 centers on God’s greatness and majesty and describes Him as far superior to creation. Even the most powerful earthly ruler is nothing in comparison; the Father’s wisdom and might reign over everything. Psalm 139 further illuminates the greatness of the Lord, this time centering on His omnipresence: “Where can I go from Your Spirit? Or where can I flee from Your presence? ... Even darkness is not dark to You, and the night is as bright as the day. Darkness and light are alike to You” (vv. 7, 12).

The Bible is replete with references to God’s majesty. Psalm 93:1 says, “The Lord reigns, He is clothed with majesty.” Isaiah 40:1-26 explains how God is greater than all of His creations. In comparison to the Lord, the nations of the earth are “like a drop from a bucket, and are regarded as a speck of dust on the scales” (v. 15). Likewise, He is more powerful than lifeless man-made idols that cannot answer prayers or empower us (vv. 18-20). The Lord is also beyond this world: “It is He who sits above the circle of the earth … who stretches out the heavens like a curtain and spreads them out like a tent to live in” (v. 22). He’s more majestic than the greatest earthly king, as He “reduces rulers to nothing … [and] makes the judges of the earth meaningless” (v. 23). He is above the heavens and the stars, calling “them all by name; because of the greatness of His might and the strength of His power, not one of them is missing” (v. 26).

Let’s look at a few of the most important characteristics of our Creator.

We see evidence of the personhood of God throughout the Bible. When God addressed Moses at the burning bush, He introduced Himself not as “It is” but “I am” (Ex. 3:14). The commands against idolatry in Exodus 20:1-5 reveal God’s emotional response when humans put other priorities in His place, but indicate that if we love and obey Him, we can expect His unfailing love and care (v. 6). And Jesus modeled praying to the heavenly Father. God is not an impersonal energy, but a loving Father Who invites us into a close relationship with Him.

Of course, Jesus—God the Son—had a body when He walked on this earth, and people were able to see Him and learn about the Father. But now He comes to dwell in our hearts through the Spirit when we trust Him as our personal Savior.

Because God and the Holy Spirit are one, His presence is always with us. Because He is everywhere, we never have to face any trial, temptation, or difficulty alone. We are always within His perfect care for us and kept in His presence (Ps. 139:7-13; Matt. 28:20). As spirit, He is equally present with each one of us at all times, no matter where we are on the earth.

One passage that causes people concern is found in Exodus 32:12-14, in which the Bible says, “The Lord relented” (v. 14). But when we examine why the Lord decided not to destroy the people of Israel, we see that Moses interceded for them. Of course, God is omniscient, so He sees the future. He knew in advance that Moses would pray fervently for mercy, so the wording here in Exodus is anthropomorphic. In other words, the Bible uses human terms to record the Lord’s response to Moses’ prayers.

Another time God appears to change His mind is found in the story of the city of Ninevah (Jonah 3:1-10). Jonah declared this city would be destroyed due to its sinfulness. However, “When God saw their deeds, that they turned from their evil way, then God relented of the disaster which He had declared He would bring on them” (v. 10). Because the people responded to Jonah’s warning, God didn’t bring destruction. The story of Ninevah depicts an unchanging principle: the Lord is always ready to respond to anyone who seeks to reconcile with Him. Jesus said He would not turn anyone away (John 6:37) and He is “the same yesterday and today, and forever” (Heb. 13:8).

Lift up your eyes on high And see who has created these stars, The One who leads forth their host by number, He calls them all by name; Because of the greatness of His might and the strength of His power, Not one of them is missing.

If I take the wings of the dawn, If I dwell in the remotest part of the sea,

Even there Your hand will lead me, And Your right hand will lay hold of me.

If I say, ``Surely the darkness will overwhelm me, And the light around me will be night,"

Even the darkness is not dark to You, And the night is as bright as the day. Darkness and light are alike to You.

Then God spoke all these words, saying,

``I am the LORD your God, who brought you out of the land of Egypt, out of the house of slavery.

``You shall have no other gods before Me.

``You shall not make for yourself an idol, or any likeness of what is in heaven above or on the earth beneath or in the water under the earth.

``You shall not worship them or serve them; for I, the LORD your God, am a jealous God, visiting the iniquity of the fathers on the children, on the third and the fourth generations of those who hate Me,

but showing lovingkindness to thousands, to those who love Me and keep My commandments.

``Why should the Egyptians speak, saying, `With evil intent He brought them out to kill them in the mountains and to destroy them from the face of the earth'? Turn from Your burning anger and change Your mind about doing harm to Your people.

``Remember Abraham, Isaac, and Israel, Your servants to whom You swore by Yourself, and said to them, `I will multiply your descendants as the stars of the heavens, and all this land of which I have spoken I will give to your descendants, and they shall inherit it forever.'"

So the LORD changed His mind about the harm which He said He would do to His people.

Now the word of the LORD came to Jonah the second time, saying,

``Arise, go to Nineveh the great city and proclaim to it the proclamation which I am going to tell you."

So Jonah arose and went to Nineveh according to the word of the LORD. Now Nineveh was an exceedingly great city, a three days' walk.

Then Jonah began to go through the city one day's walk; and he cried out and said, ``Yet forty days and Nineveh will be overthrown."

Then the people of Nineveh believed in God; and they called a fast and put on sackcloth from the greatest to the least of them.

When the word reached the king of Nineveh, he arose from his throne, laid aside his robe from him, covered himself with sackcloth and sat on the ashes.

He issued a proclamation and it said, ``In Nineveh by the decree of the king and his nobles: Do not let man, beast, herd, or flock taste a thing. Do not let them eat or drink water.

``But both man and beast must be covered with sackcloth; and let men call on God earnestly that each may turn from his wicked way and from the violence which is in his hands.

``Who knows, God may turn and relent and withdraw His burning anger so that we will not perish."

When God saw their deeds, that they turned from their wicked way, then God relented concerning the calamity which He had declared He would bring upon them. And He did not do it.

For we did not follow cleverly devised tales when we made known to you the power and coming of our Lord Jesus Christ, but we were eyewitnesses of His majesty.

God, after He spoke long ago to the fathers in the prophets in many portions and in many ways,

in these last days has spoken to us in His Son, whom He appointed heir of all things, through whom also He made the world.

And He is the radiance of His glory and the exact representation of His nature, and upholds all things by the word of His power. When He had made purification of sins, He sat down at the right hand of the Majesty on high, 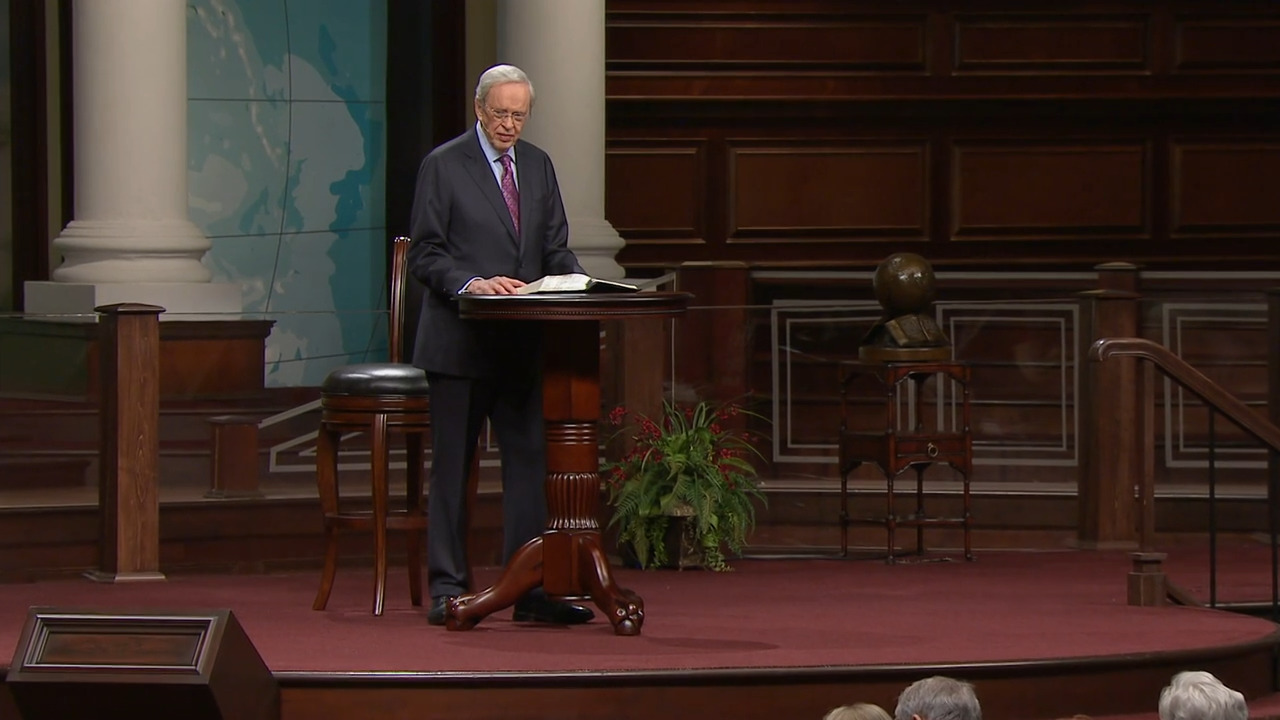 Walking in the Favor of God — Part Two

See how Noah's obedience helped him fulfill God's will. 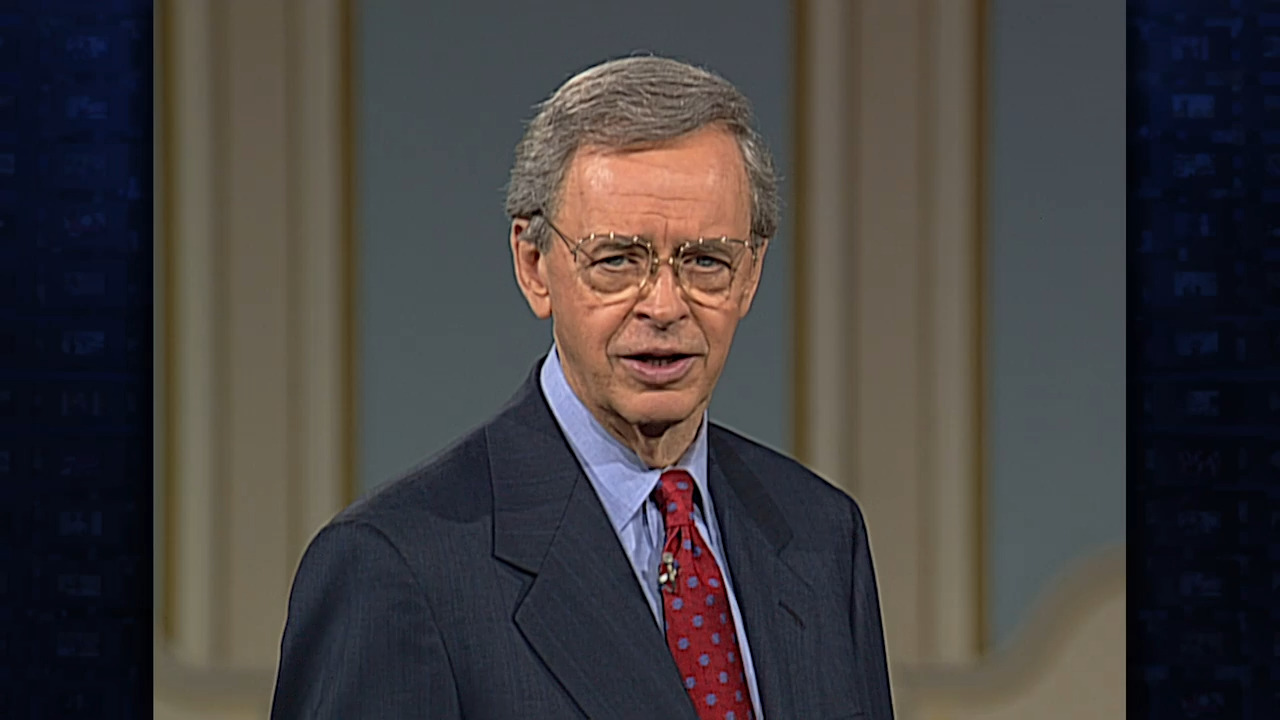 Taking Advantage of the Privilege

Knowing God not only brings you peace and contentment but also joy in having a personal relationship with Him.

Walking in the Favor of God — Part Two

See how Noah's obedience helped him fulfill God's will.

Taking Advantage of the Privilege

Knowing God not only brings you peace and contentment but also joy in having a personal relationship with Him.