The Most Unappreciated Virtue

Of all the excellent character qualities we could desire, there’s one that’s often misunderstood and rarely sought.

If you could pick one commendable quality or trait you’d like to be known for, what would it be? As Christians, we desire to be characterized by virtues like honesty, integrity, moral excellence, loyalty, or compassion, but how many of us aspire to be humble? In a society that promotes power and ambition, humility is not highly valued. In fact, it is often thought of as being equivalent to weakness and cowardice.

None of us would describe Jesus as weak, yet He says of Himself, “I am gentle and humble in heart” (Matt. 11:29). Humility is the opposite of pride and could be defined as lowliness of mind, based on a proper and godly perspective of oneself. The goal is to see ourselves as God does and accept whatever place He has for us. 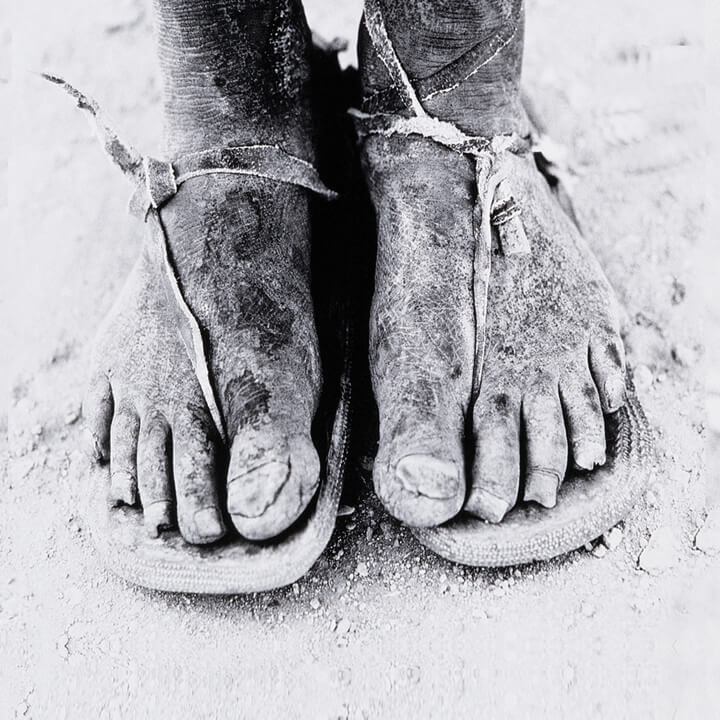 We must also remember that a person’s position in life is not a measurement of how humble he or she is. An influential job or great wealth doesn’t automatically mean someone lacks humility any more than poverty or a lack of prominence guarantees a person is modest. A humble spirit is an internal quality of the soul that God produces in His children by the power of the Holy Spirit.

In fact, humility is essential for salvation. No one comes to God and says, “Lord, this is Your lucky day; I’m coming to be saved.” That kind of proud attitude will never work. Everyone who’s truly been saved has come to God with a contrite spirit, confessing that he or she is a sinner in need of forgiveness. A humbled person has nothing to offer the Lord except repentance and faith in Christ.

Jesus is our model. When the apostle Paul wrote to the Christians at Philippi, he gave them the following instructions: “Do nothing from selfishness or empty conceit, but with humility of mind regard one another as more important than yourselves; do not merely look out for your own personal interests, but also for the interests of others” (Phil. 2:3-4). Then to make sure they understood what he was saying, he added, “Have this attitude in yourselves which was also in Christ Jesus” (Phil. 2:5).

By examining Christ’s attitude, we learn what true humility looks like and how we, too, can learn to walk humbly with God:

The One who reveals our sin to us has the power to transform us.

Humility is what God desires for us. The Lord has shown us the attitude we need to have if we’re to follow Him faithfully. Too often, we focus on our wants—protection, provision, guidance, love, assurance, and blessings—which are all good, but He wants to develop Christlike humility in us. This means we have to do an honest self-evaluation and ask Him to show us where we are prideful. We’ll probably discover things about ourselves that we don’t like, but the One who reveals them to us has the power to transform us. As we look at the example Christ set for us, we should consider how we measure up to His attitude of humility, by asking:

Greatness begins with humility. No one has ever humbled himself more than Jesus, and for this reason “God highly exalted Him, and bestowed on Him the name which is above every name, so that at the name of Jesus every knee will bow” (Phil. 2:9-10). Self-promotion may seem like the path to importance, but it leads only to ultimate humbling by God.

When the disciples were arguing about who was the greatest, Jesus told them, “Whoever wishes to become great among you shall be your servant” (Matt. 20:26). God is far more interested in a spirit of humility than in the great works we can do for Him. Our goal should be to place ourselves under His mighty hand and trust Him to “exalt [us] at the proper time” (1 Peter 5:6). Like Christ, we may not see the exaltation until heaven, but when we finally stand before our heavenly Father, what a joy it will be to hear Him say, “Well done, good and faithful servant” (Matt. 25:23 NKJV).

``Take My yoke upon you and learn from Me, for I am gentle and humble in heart, and YOU WILL FIND REST FOR YOUR SOULS.

Do nothing from selfishness or empty conceit, but with humility of mind regard one another as more important than yourselves;

do not merely look out for your own personal interests, but also for the interests of others.

Have this attitude in yourselves which was also in Christ Jesus,

but emptied Himself, taking the form of a bond-servant, and being made in the likeness of men.

who, although He existed in the form of God, did not regard equality with God a thing to be grasped,

``For even the Son of Man did not come to be served, but to serve, and to give His life a ransom for many."

Jesus, knowing that the Father had given all things into His hands, and that He had come forth from God and was going back to God,

got up from supper, and laid aside His garments; and taking a towel, He girded Himself.

Then He poured water into the basin, and began to wash the disciples' feet and to wipe them with the towel with which He was girded.

Being found in appearance as a man, He humbled Himself by becoming obedient to the point of death, even death on a cross.

For Christ also died for sins once for all, the just for the unjust, so that He might bring us to God, having been put to death in the flesh, but made alive in the spirit;

``For this reason the Father loves Me, because I lay down My life so that I may take it again.

For this reason also, God highly exalted Him, and bestowed on Him the name which is above every name,

so that at the name of Jesus EVERY KNEE WILL BOW, of those who are in heaven and on earth and under the earth,

``It is not this way among you, but whoever wishes to become great among you shall be your servant,

Therefore humble yourselves under the mighty hand of God, that He may exalt you at the proper time,

``His master said to him, `Well done, good and faithful slave. You were faithful with a few things, I will put you in charge of many things; enter into the joy of your master.'